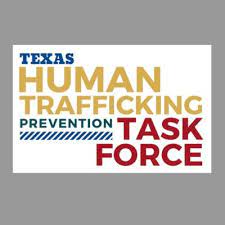 According to the National Human Trafficking Hotline, Texas is ranked No. 2 in the nation in reported sex trafficking cases. In 2020, the state Department of Public Safety reported that approximately 1.8 million online commercial sex ads were posted and over 300,000 were suspected to be children.

As of Sept. 1, due to recent changes approved under HB 2795 makes Texas the first to make solicitation of prostitution a felony! According to the National Human Trafficking Hotline, Texas is ranked No. 2 in the nation in reported sex trafficking cases.

During a press conference with a large police presence, elected officials and local media gathered off the track in front of one  of the multiple orange signs posted all up and down Bissonnet.

Council member Pollard said the problem was brought to his attention several months ago in a letter from a young girl who attends school in the area.

“She said it bothered her to leave school and see prostitutes walking up and down the street,” said Pollard. “She questioned if I cared about the area. That letter really touched me and I vowed to my staff that we make this issue a priority.” Looks like he did just that! He joined forces with other elected officials, law enforcement and area businesses that had been affected by the prostitution in the area.

Council member Pollard said that in order to make an impact we gotta hit the money! Charge the Johns and they’ll stop.

Although the felony charges aren’t aimed towards the sexworkers it still affects them in multiple ways as for many sexworkers, sexwork is for survival! The “plan” has multiple components like a larger police presence, possible felony charges for the John’s, cameras recording activity but most importantly the lowered activity from the John’s.

We reached out to a Black trans woman that works in the area to see how it’s impacted her making money. “I don’t think it changed much for me, I just moved to another track and now the dates call me instead of riding around.”

Although I can see how this bill HB 2795 will possibly slow down sex trafficking in the area I totally see how it will make life a lot harder for a sexworker that works the Bissonnet track. Just know that if charged with the felony it could be punishable of up to two years in jail.