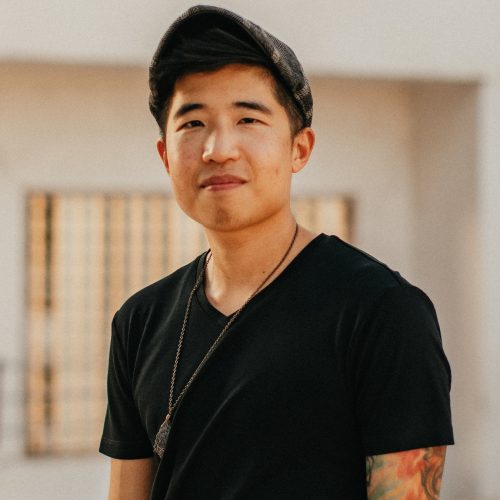 Stories for the Futures We Need

Earlier this year, I received an invitation to write about trans politics for a general publication. It was February of 2022 and Texas Gov. Greg Abbott had just instructed Child Protective Services (CPS) to investigate families of trans children for “child abuse.” I dropped everything else and I wrote.

I wrote because my first encounter with transness was the story of Brandon Teena– was the discovery, perhaps the expectation, that I could be brutalized and murdered for gender transgression. I wrote because I grew up in an environment where transgressing gender norms was so mired in fear and disgust it was unspeakable. Like so many trans people, I grew up in a world where my truth was punishable, and I have spent an entire adulthood trying to unlearn that hatred.

Within weeks, I submitted an article about the connections among anti-trans legislation, anti-abortion laws, and the growing boldness of racism in the United States. The editor I was working with, however, decided the argument was too complex. First, she told me to define “cisgender,” then “gender dysphoria.” She asked that I provide defenses for transphobic arguments. She wanted further evidence of anti-trans politics, as if we weren’t all breathing it– all choking on it. She was, like most editors in the United States, cisgender, white, and heterosexual.

By the time I added all the definitions and explanations she needed, my argument was gone. I had spent too many of my allotted 800 words asking my audience to see beyond a sharply divided gender dichotomy and begging readers to care for trans lives. This wasn’t her fault– she may have assumed correctly that her audience needs those definitions. If, however, every time we talk about trans issues, we have to define gender, have to justify our experiences, have to explain– again– the validity of our identities and our deservingness of care, we will never have the space and time to articulate, let alone build, a world where we are genuinely free.

This is how cisgender “innocence” silences trans people. It forces us to start every conversation with the very fundamentals: that trans people’s self-understandings are valid, and that we deserve access to forms of health care and employment and community that are readily granted to cisgender people. We replay the same tired conversations about how pronouns work, why trans people are far more likely to be assaulted in public bathrooms than to perpetrate assault, and how many major medical organizations support gender-affirming care.

I’m tired of reiterating that puberty blockers have been prescribed to cisgender children for decades. I’m tired of explaining that forcing an adolescent through an unwanted puberty, too, is a choice– that withholding treatment is not a neutral action, but an endorsement of harm. I want to write from a place where our dignity is not up for debate– where our lives, our self-knowledge, and our creative potential are a given. I want to have conversations about how many trans people still struggle to access health care, safety, and shelter. I want to talk about how medical models still enforce cisnormative, white middle-class expectations for gender, and about how we pursue futures that address the needs of all trans people.

Transgender identity, for me– despite all the transphobia– is rooted in hope. So many of us have to dream up and then build the lives we are denied. And, despite everything, we achieve the so-called impossible. I am, through the love of beautiful, generous communities, living an adult life I could never have imagined.

I suppose this is where I should introduce myself: I am a professor of Rhetoric & Writing, LGBTQ studies, and Asian American Studies at the University of Texas at Austin. I’m also first and foremost a writer– rather, a storyteller. Stories are how I’ve always made sense of the world and how I find and forge connections with others. Right now, trans people– trans POC in particular– need more opportunities to tell our stories, to hear one another’s, and to build lasting relations that will carry us through so much racist and transphobic hostility.

Despite this year’s onslaught of anti-trans legislation, mainstream media has remained largely silent on the topic, leaving Fox News to shape much of public understanding about trans people. When other outlets have covered the laws that limit our lives and life chances, they’ve often failed to speak with actual trans people. Throughout the record-breaking numbers of anti-trans murders in 2021, mainstream news spent a total of 43 minutes in the entire year covering these attacks.

Monica Roberts said it best: “We must take the lead in writing, producing and telling our own stories.” When Dee Dee Watters invited me to join TransGriot, I could not say yes quickly enough. The original TransGriot gave me a glimpse of what trans creativity and community could look like– long before I felt safe and strong enough to say I was trans.

I am excited to see what we – the trans inheritors of the world Monica made possible– can do with the platforms and communities that she built. I hope to hear from writers and readers across a vast spectrum of experiences. I hope we connect to and listen and learn from one another.

It’s not that I won’t do “Trans 101,” anymore, but that I want spaces where the complexity and richness of our experiences and ideas can be honored. I am grateful to have this space– where we can amplify the diversity of voices among us, so many of which are still straining to be heard. I cannot wait to meet more of you, to listen to your stories, and to discover how we, as a trans community, can better care for one another and for the futures we need to flourish.