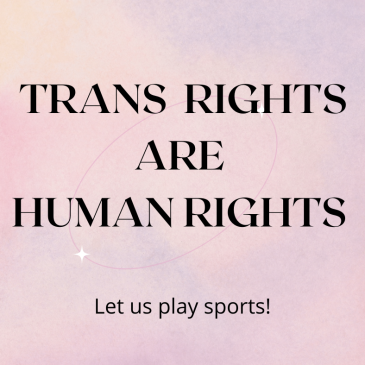 As of January 1st, 2022, Trans athletes and people with medical conditions which require hormonal treatment. This rule book update is one made by the United States Powerlifting Association which prohibits the use of any hormones in tested competitions.

It’s interesting how all of these changes are taking place in the sports arena around trans athletes! Last week we covered the news around the requirements for trans swimmers and look at this. I must point out that this update was made prior to the requirements set by NCAA but it’s all the same, they said they were going to listen to the science but I guess that’s changed.

The first rule that has language about trans athletes is rule 1.8.28:

“The USPA/IPL does not allow any therapeutic use exemptions. This means no lifter using  any hormone, regardless of medical necessity or choice, or other banned substance (see sec. 12), is allowed to compete in the drug tested division.”

They also made a statement saying

“The USPA doesn’t make a distinction between transgender or non-transgender athletes in non-tested competitions. Everyone is welcome to compete in the USPA and will be held to the same set of rules as stated in our rule book, whether lifting as a male or female… The USPA welcomes all lifters and will always do our very best at all times to accommodate all members.”

Although we’re only in February there’s already been a victim to this rule book update and that’s Angel Flores.

Note the MX Division was created by the USAPL, which allows athletes of different gender identities to compete.

Saying “This was going to be my very first meet alongside my cisgender peers.” Please watch the video to hear fully what she said.

You see all we’re wanting as trans folx and especially trans athletes is to compete alongside our CIS peers!

USPA Texas reached out personally to Angel and invited her to compete as a guest lifter.

And Flores did her thang!

Congratulations to Angel although she couldn’t compete against her CIS peers she stilled killed it and represented for the trans community! Angel you’re an inspiration and have so much ahead of you so keep being you!