The Kentucky Primary election is on May 17, and in this case I’ll be looking at some races besides the presidential one between Hillary Clinton and Bernie Sanders at the top of the ticket.

As many of you long time readers know, I spent nearly nine years living in Louisville, and TransGriot actually started there.  I also met and made friends with some wonderful people while I was there in Kentuckiana.

One of those people I got to know was Attica Woodson Scott.  We kept bumping into each other as I settled into my Louisville life after moving there in September 2001 and I got involved in the Louisville liberal progressive political scene and activist circles.   She’s been there for me and the Kentucky trans, bi and SGL community as a staunch activist, organizer, and ally when we needed support.

And she’s a cool person on top of that. 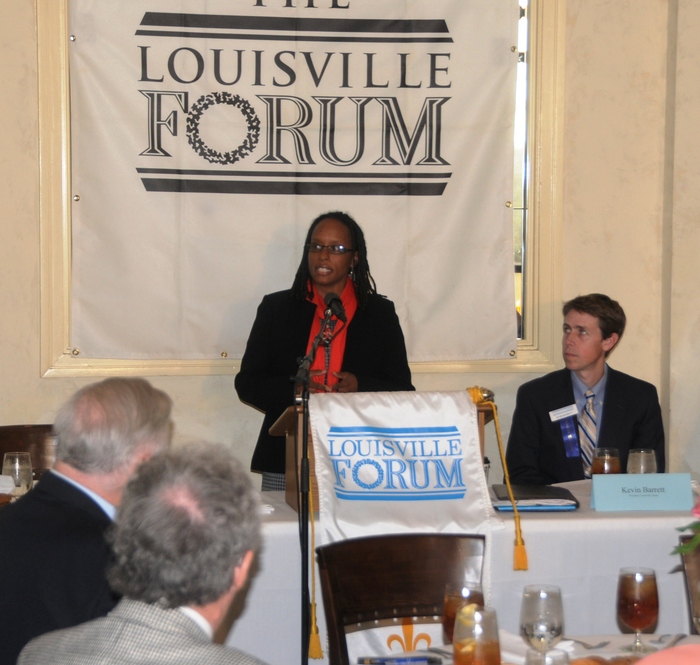 While on Metro Council, she sponsored the Louisville Living Wage ordinance, efforts to ban the box and led efforts to increase affordable housing.   Attica has been an ally not only of our Louisville TBLG community, but seniors, our union brothers and sisters, and JCPS teachers.  Former state Rep. Eleanor Jordan and my former state Rep. Mary Lou Marzian have endorsed her, and Scott  has an ever lengthening list of endorsements backing her campaign

I am happy to see her take on a 34 year DINO incumbent in Rep. Tom Riner who is not an ideological fitfor the diverse west side District 41 and alarmingly bragged at a recent debate about not having caucused with the Democrats since the 90’s.  Riner was also responsible for hooking Kim Davis up with her Liberty Counsel attorneys and I’m surprised he hasn’t jumped to the GOP.

That DINO Riner has got to go.   In addition, we haven’t had a Black female state legislator representing Louisville, much less in the Kentucky House period since Rep. Eleanor Jordan (D) left her seat in 2000 to take on then Congresswoman Anne Northup (R). It’s past time we had another Black female state legislator from Da Ville in Frankfort, and many peeps agree with me.

Hope the voters of District 41 will agree with me on May 17 and give Attica Scott the opportunity to serve them in Frankfort.