Normally school board races can be low key and non controversial in nature unless something happens during the campaign or a controversial candidate is involved.

There’s a school board election happening on April 4 in District 211 in Palatine, IL near Chicago that is fitting that description..  District 211 has been at the epicenter for a trans human rights case involving a trans feminine student at Township High School that was allowed access to the locker room after the district was found in violation of Title IX

The District, the Department of Education and the Department of Justice entered into a settlement agreement, then were sued by a group of transphobic parents and students backed by the right wing anti-trans group Alliance Defending Freedom, an SPLC-certified hate group..

Fast forward to the looming election.   Incumbent District 211 board members Anna Klimkowicz and Robert LeFevre voted for the settlement that was worked out with the DOE and DOJ.   D211 board candidate Edward Yung is a former member seeking to rejoin it that has expressed his support for transgender students.

They are being challenged by a trans hate slate of candidates calling themselves the ‘Parents For Privacy’ that are backed by the Alliance Defending Freedom, and they are dumping lots of cash and lies in this race in order to get majority control of the D211 board and rescind the settlement.

Klimkowicz , LeFevre and Yung have been endorsed by the Daily Herald, one of the area newspapers , Equality Illinois PAC , and a group of parents called Progress for D15 and D211′.

Trans United Fund, sensing the importance of this upcoming election, has not only endorsed the pro-trans incumbents, but has already spent over 80 hours organizing with the moms, who have limited resources compared to the professional hate group .

Those parents are concerned about the ADF meddling in their school board race, but don’t quite have the funds they need to combat the money flowing in the Parents for Privacy camp. 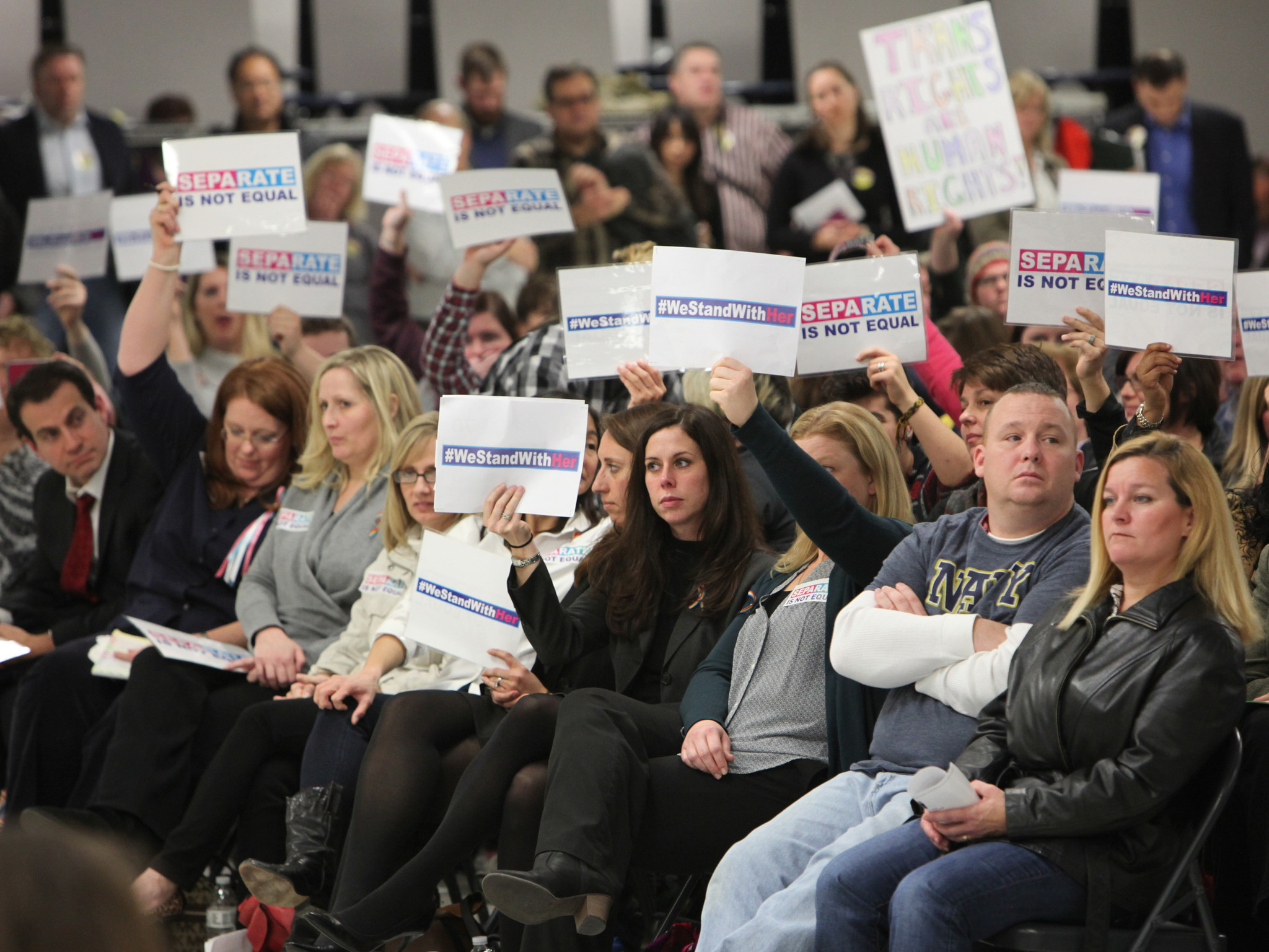 The rights of trans students are on the ballot in this April 4 school board race, and if you live in the area and support trans human rights, hope you’re registered to vote, will participate in this election and prove that you support trans students by voting for Klimkowicz, LeFevre and Yung to sit on that D211 board.