We have just concluded the TDOR memorials for 2018 here and around the world.   Sadly we will be doing them again next year on and around November 20.

I’m hearing online chatter about the topic of including trans people who commit suicide in these TDOR memorials.  That’s a bad idea, and I’m going to lay out the case why it;s a bad idea.

A trans person who is killed due to a murder doesn’t have the choice of and control over when and how they die.   It is a random act of violence that deserves public condemnation, media attention when it happens, and focus to ensure the perpetrator of that murder is tried and convicted for it.

A suicide is not the same as someone who has been murdered by either a random stranger or somebody they know.   The person who commits suicide has the choice of whether to do so or not. and if they do make that call, how and when they die. 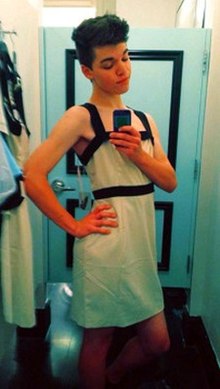 Suicide is a serious issue in this community.  I believe a large reason why it has spiked in our community is not only because of the right wing repression of our community, but because of the international media attention that Leelah Alcorn’s 2014 suicide got.

If we are seeking to reduce suicides in the trans community, glamorizing them at a future TDOR is not the pathway to accomplish that goal.   We need to be as a community unequivocally encouraging people to live their best trans lives, not take them.

As leaders in the trans community, we need to be possibility models encouraging trans people to choose life.   We also need to as leaders be pointing out that one of the powerful ways to send society the middle finger for hating on trans people at is to unapologetically live your life.

Laverne Cox recently revealed in an interview that she once considered over a decade ago committing suicide.   I and the community are glad she didn’t, because we now get to witness her groundbreaking award winning acting talent and have the benefit of her advocacy.

She is also a role model to many in our community, and I get to call her a friend.   But all the fabulousness of Ms. Cox we get to witness would have been lost forever to us if she had followed through 17 years ago on those thoughts of suicide.

Every trans life is a precious one.   By committing suicide, every trans life lost that way makes the TERF’s and evilgelicals smile.  It also denies us the opportunity to get to know your amazing self. and deprives us and the world of your talents and future contributions to our community.

TDOR’s are and have been for 20 years memorializing the people we lose around the world to anti-trans murders.  The reason the numbers are universally accepted by the media is because founder Gwen Smith set up a strict standard on what gets included on a TDOR list so that we aren’t accused by our detractors of inflating them.

It has worked for 20 years.  If it ain’t broke, it doesn’t need to be fixed or altered without a compelling reason to do so.

What I will suggest is that if people want to discuss trans suicides, they are welcome to do so in a conversation or event centering the subject that is held during Trans Awareness Week from November 12-19.