One of the things I have been sick of hearing in the 2018 cycle is Republicans, knowing they are about to take a serious butt whipping at the polls on November 6, trotting out that ‘vote the person not the party’ line in a desperate attempt to save themselves from the Blue Tsunami that is about to engulf them.

What has me doing some hard solid thinking about this issue is a couple of local races.   There was an AKA candidate forum held here about two weeks ago in which one of the Black Republican judges, Melanie Flowers, got huffy because the Democratic ones kept saying vote a straight Democratic ticket during all their presentations. 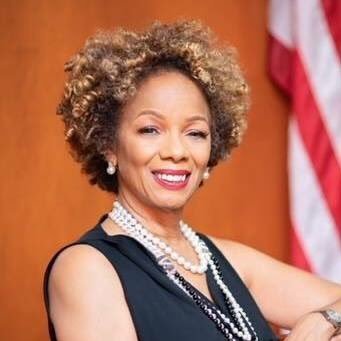 Flowers got appointed to the 257th District Court seat by Gov Greg Abbott, and is now being challenged by the Democratic nominee Sandra Peake for it.

Because we have partisan election of judges here in Texas, we are subject to having these wild swings in which during the GOP waves of 2010 and 2014, we lost all the Democratic judges who had the misfortune of running that year, and in 2008, 2012 and  2016 the reverse happened to the Republicans. 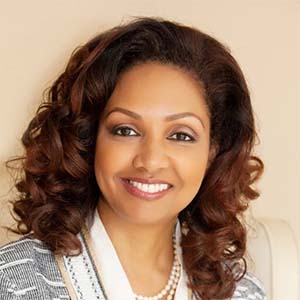 Black Republican judges also have to deal with the fact they get primary challenged by their bigot wing.  Flowers was bounced from a previous judicial bench in a GOP primary.   It’s one of the major  reasons why besides the fact that Flowers is in the wrong party, why I’d rather have Peake serving on that judicial bench.

I’ve also been pissed by far too many white liberal progressives in my circles stating they are going to vote for the ten year incumbent Ed Emmett’s problematic behind for Harris County judge instead of the eminently qualified Democratic nominee in Lina Hidalgo.   They usually say that BS line in a weak attempt to justify it, or harp on the nebulous ‘experience’ excuse.

Really?  Hidalgo is a Stanford grad pursuing a joint degree in law and public policy.

The vote the person, not the party’ argument is highly problematic in a time in which one party has basically become unrepentantly fascist.   If you are a still a member of the Republican Party, by being a member of it you are signaling to me as a Black American you aren’t a good person.

You signal to me as a trans person of color by being a Republican that you are okay with the gleefully executed persecution of all non-white people, the TBLGQ community and immigrants.

You signal to me that you are okay with white supremacy as long as it doesn’t personally impact you, your wallet, or that you can stay blissfully not woke about how it affects non white Americans.

You signal to me that you are okay with Trump’s mispresidency, the anti-Black, anti-POC and anti-civil rights policies pushed by the Republican Party, and you’re down with its platform.

Well, these Trumpian times call for you ‘good Republicans’ to make a choice.  If you don’t want to get thrown out of office, and consider yourself a ‘good person’, the time has come for you to take a principled stand and switch parties.

Or you can stay and not only get swamped by the Blue tsunami that’s coming, but lose your soul as well.   The choice is yours

Republicans don’t vote the person.   They without question fall in line and vote for their party.  If they were really all about ‘voting the person and not the party’, Hillary Clinton would be living with Bill in the White House family quarters right now, Alabama Republicans wouldn’t have voted in massive numbers for that pedophile Roy Moore to be their US senator, and Texas Republicans wouldn’t have voted for a three time indicted felon in Ken Paxton to be our state’s attorney general.

So no, why should we Democrats not do the same thing in terms of unrelentingly supporting our candidates?  Because the last few years should have taught us by now that you can’t get liberal progressive policies from conservative politicians.

You also can’t get justice from Republican judges who are making rulings in many cases based on concerns with fending off primary challenges from their bigot wing or getting GOP donors to back them for their next race.

If we want a liberal progressive policy agenda to be legislated into law, we must get control of our government back.   The only way that is going to happen is if we elect Democratic candidates in every election cycle in sufficient numbers.

Republicans have made it clear they don’t care about the person, they vote their party.  It’s past time that Democrats unapologetically do the same.