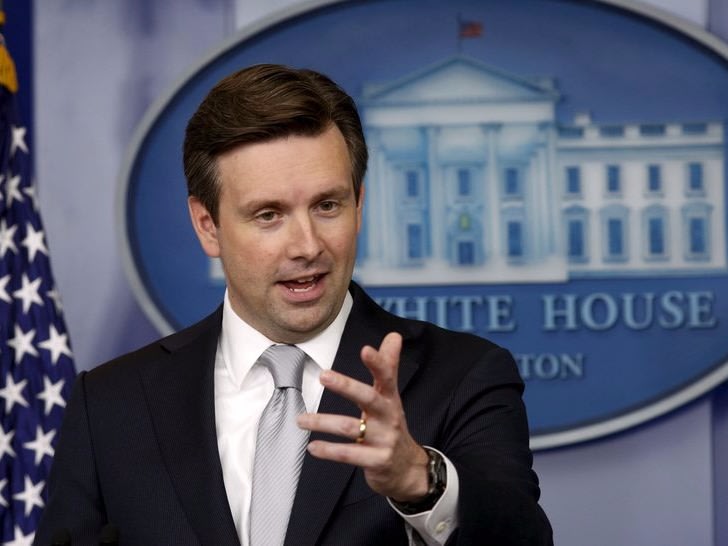 One of Trump’s supporters at a recent rally trotted out the old ‘President Obama is a Muslim’ spin line, and Trump condoned it instead of doing what Sen. John McCain did in 2008 and repudiating that supporter.

There’s no doubt that President Obama in the ‘fourth quarter’ of his presidency, has or is giving zero phucks about the GOP fee fees, and is calling them out on their bull feces

Earnest went there in linking Trump’s statements to the GOP’s long, reprehensible history of race baiting

“Now what is also unfortunate is that Mr. Trump isn’t the first Republican politician to countenance these kinds of views in order to win votes. In fact, that is precisely what every Republican presidential candidate is doing when they decline to denounce Mr. Trump’s cynical strategy, because they are looking for those same votes.

So those are the priorities of today’s Republican Party. And they will continue to be until someone in the Republican Party decides to summon the courage to stand up and change it.”