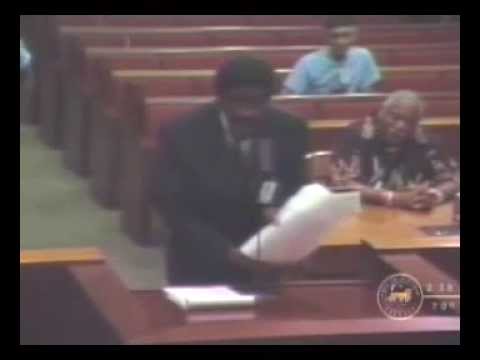 Houston City Council public comment sessions can be entertaining at times with people from all walks of life able to speak for up to three minutes on whatever topic they choose.

That means that in addition to having people come to City Hall to comment on issues like flooding, potholes, public safety and other issues germane to life in a large city, we also get our share of peeps who use their time to discuss conspiracy theories worthy of an Alex Jones InfoWars episode.

One way we regulars who speak at Houston City Council meetings definitively know that we have come to the end of a public comment session is when President Joseph Charles comes to the podium to get his one minute to say whatever he wants until his time has expired.

He’s been a fixture at every City Council public comment session for over a decade, but during my last visit to City Hall I noticed that somebody was missing:  President Joseph Charles.

No one at City Hall has seen or heard from him over the last several months, so that has my inquiring mind asking the question where is he?

Is President Joseph Charles still in town?  Has an illness or medical issue cropped up that has kept him from coming to City Hall?   Or has he passed on?

It would be nice to have a definitive answer to these questions I’m posing.