June is the traditional start for the wedding season and just like ‘errbody’ else, trans masculine and trans feminine people are searching for that special someone to spend the rest of their lives with.

In my case that’s been a so far futile search, but as a hopeless romantic I remain somewhat optimistic it may happen for me someday since I see it happening for so many of my trans sisters .

What drove me to write this post is something that was mentioned in the PTHC workshop I facilitated on Friday but we ran out of time to properly explore it.

One person asked the question during the discussion that was centering on the unity theme at that moment why Black transwomen and Black transmen haven’t been hooking up in relationships with each other.

It was a valid question, seeing that I know of Black trans women hooked up with long-term relationships with cis men and Black trans men doing the reverse with cis women.

Why haven’t we seen more often the no-brainer situation of transmasculine and transfeminine people not only hooking up in long term relationships, but marrying each other?   What is preventing us from doing that?

I say it’s a no-brainer situation because it eliminates one of the impediments in a trans-cis relationship in terms of the ”When does the transperson disclose that history?’ scenario.

I have no problem with trans people marrying the people they love be they cis or trans.   But what I would like to see is more instances of hetero oriented Black transmen and Black transwomen getting into healthy relationships with each other that lead to long-term relationships and possibly marriage.

We briefly touched on it before time ran out, but the initial short answer is steeped in the gender binary and internalized transphobia we navigate in the community.   In order to be seen as a ‘real man’, a transman must date and eventually if they’re fortunate enough to have found the right person, marry a cis woman.    Their emerging masculinity will be called into question if they are seen dating transwomen. 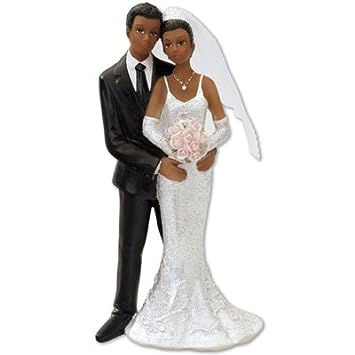 The reverse dynamic is also somewhat true with trans women hooked up with trans attracted men who revere them.

Some trans feminine women see it as a test of our budding femininity to see if we are attractive enough to get and keep a cis man.   It’s even more of a feather in their cap if they are ‘woman enough’ to get him to stay in their lives even if we reveal our trans feminine status.

But frankly, just as some transmen need to stop believing the negativity and real woman’ shade about transwomen, we transwomen also need to stop focusing on a transman’s genitalia and recognize the content of his character just as we insist people do with us.

As Precious Davis said in a comment on her Facebook page that accompanied the initial photo, ‘Black trans men and Black trans women loving each other is revolutionary’.

It damned sure is.   And we need to do a better job of role modeling the mutual respect and friendships which will allow that love to blossom and grow.