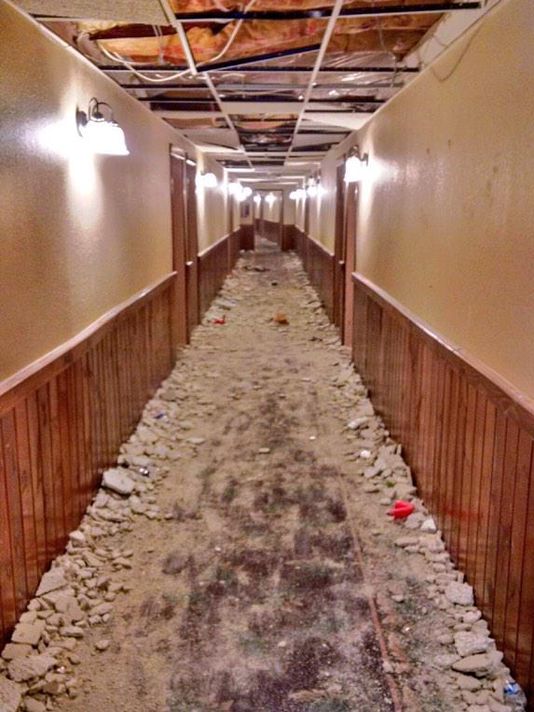 When white kids engage in it.

In our latest episode of White Privilege Gone Wild, several University of Michigan fraternities and sororities did their best Animal House impressions and trashed two ski resorts in Gaylord and Harbor Springs, MI during the January 16-18 weekend.

At the Treetops resort in Gaylord, 120 members of the Sigma Alpha Mu fraternity and Sigma Alpha Tau sorority did $50,000 in what was termed significant damage.

They were staying in 45 rooms at the resort and according to reports, damaged hallway ceiling tiles, broke windows, broke and damaged furniture, ripped lights out of fixtures and generally left the place a filthy mess before they were escorted by Michigan State Police off the property.

Meanwhile at the Boyne Highlands resort in Harbor Springs, the Pi Kappa Alpha and Chi Psi frats and the Delta Gamma and Alpha Psi sororities were merrily engaged in destroying furniture and fixtures, putting holes in the drywall, broke doors and ruined carpet in the 12 condo units they were renting to the tune of several thousand dollars.

The resorts are considering filing charges in the wake of this incident, the Michigan State Police are still investigating, and the University of Michigan Greek Life office is still doing their own investigation that could result in sanctions for the orgs involved.

“The entire University of Michigan community is deeply saddened by the actions of some of our students last weekend at two northern Michigan ski resorts,” said UM spokesperson Rick Fitzgerald 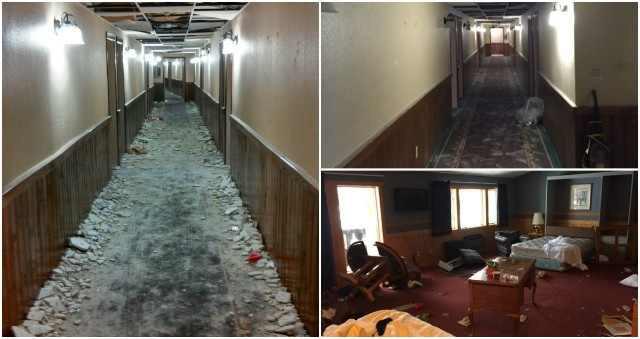 “The damage caused by out-of-control students fueled by excessive alcohol consumption at Treetops Resort and Boyne Highlands is an affront to the thousands of respectful, hard-working students on our campus.”

But it was interesting to note in the comment sections of the stories about the college students gone wild, how quick people were to try to excuse their behavior.   Non-whites in those story comment threads pointed out that if these had been Black kids or Black Greek orgs, those resorts probably wouldn’t have waited until Sunday to call the po-po’s, and you can bet those kids wouldn’t have been politely escorted off the property by the Michigan State Police.

A Black frat or sorority engaged in the same level of nekulturny behavior would have had the cops called on them as soon as the music got too loud.    The state police would have showed up with guns drawn, hauled people off to jail upon arrival and the resorts would have immediately filed charges.

FOX Noise would be putting this story on an endless loop, calling the kids ‘thugs and hooligans’ as they did so, castigated their parents, dissed the frats and sororities, injected the arrest mugshots in the story and gleefully used it to race bait the entire Black community.

They would have also found some kind of way to blame President Obama for it.

We’ll be watching in Black America to see what actually happens to these affluent frat and sorority kids that were involved in this reprehensible incident, but we’re pessimistically expecting that affluenza and white privilege will prevail as we wait for Bill O’Reilly, Geraldo Rivera  and Sean Hannity to call out the bad behavior on their shows.

But judging by what we’ve observed from the justice system over the last few months, we have a reason to be pessimistic.