Stevie Wonder and Karyn White sang decades apart about superwomen from their masculine and feminine perspectives.   While we have some amazing girls like us representing our community, one of the insults we trans women get hurled at us from the TERFs who hate us is that we trans women are ‘reinforcing gender stereotypes’.

But one of the beautiful things about femininity and especially the trans version of it is that there is no specific way of being a trans woman.

It is as multidimensional as the women we are, just like it is for our cis counterparts.   For every time Laverne Cox rocks a red carpet, Geena Rocero travels the globe advancing our human rights, Arianna Lint appears on Spanish language television to talk about trans human rights issues from a Latina perspective, or yours truly bouncing from one convention to the next around the country, there are some of our trans sisters whose biggest transition dream was not only morphing their bodies to match the persons they always knew they were, but also seeing themselves with a husband, 2.5 kids and a house with a white picket fence. 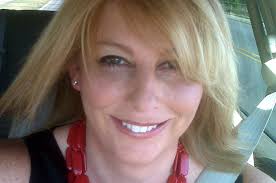 I ain’t mad at my sisters who chose that path, and neither should you be.   I also know some trans women who are working moms with kids.  One I know was named ‘Working Mother of the Year’in 2014.

I had a conversation recently with a trans woman who is one of those trans moms raising kids.  Her face lit up when she talked about how this was her dream when she transitioned in her teens, and the reality of living her dream and having a husband, kids and family has made her exceedingly happy.

Heard the same sentiments from even those trans women I know who are working mothers, and truth be told, sometimes I’m a little envious of them.

Being an either stay at home or working mom while trans is just as much a revolutionary act as me and everyone else bouncing up to the state capitol or Washington DC to fight for our human rights.  The more that society sees trans people doing mundane, everyday things that are beautifully human, the better.

So what’s wrong with a trans woman being a stay at home mom?   Absolutely nothing.