“We will lose more transgender people to violence. The Remembering Our Dead list will get longer. The anti-transgender rhetoric coming from their acolytes will get nastier and more hateful. They will try to spin and twist Bible verses to favor their immoral positions. But in the end the result will still be the same and the neo-fascists will lose. ”

I wrote those words eight years ago, and they are as applicable today as when I penned them after returning back to Louisville from having spent several days lobbying in Washington DC.

It’s a best of times and worst of times scenario for us.  We have unprecedented visibility with multiple cable TV shows and movies being released with trans characters, documentaries being produced that focus on our trans elders like Miss Major and Marsha P. Johnson, and trans people walking fashion runways. 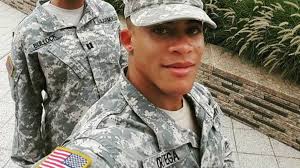 We have people seeking to learn more about our trans lives.  We have ongoing scholarly research being conducted that helps add to the increasing data and knowledge we have concerning transsexualtiy.  More jurisdictions are passing laws to protect our human rights.  Schools and colleges are enacting policies that help facilitate us getting our educations.  Even the US armed forces are planning to remove the ban on open trans military service.  We have even shown up and shown out in the White House halls to own our power.

But it has also been a violent year in which we have lost 17 trans women, with the majority of them being trans women of color.   We still are dealing with crushing unemployment and underemployment.   HIV infection rates amongst us are still too high as we fight to get the agencies that help us cope with the HIV/AIDS epidemic to recognize our humanity statistically and as a fact.

But despite all of that mixed news, were winning.   Understanding of trans issues is exponentially increasing.   We have allies who do get the point that trans women are women and trans men are men.  We have more families in our ranks who wish to love their trans kids instead of throw them out of their homes.

But we still have far too many people wallowing in willful faith based ignorance about our trans lives.   Far too many HBCUs do not have trans friendly policies and support for us when we hit their campuses.   We have far too many Black ministers working to condemn us instead of role modeling unconditional love for us.

And yes, we have ongoing work to do internally in terms of building sisterhood in our chocolate trans ranks. We need to continue to build working partnerships with our trans brothers and our cis allies.  We`also have some cis women who adamantly refuse to recognize our womanhood, and they need to recognize we don’t want to fight with you, we want to unite to tackle the problems that affect all women cis and trams

And we trans peeps still have to fight to get people to recognize that our Black trans lives matter, too.  Every breath a trans person takes is a revolutionary act, and it is past time for our fellow African-Americans to realize that we didn’t forfeit our Black Cards when we transitioned.   Being Black and trans are not mutually exclusive, and those Black Cards are still valid even after we transition.   .

We’re winning, but the work to make trans human rights a reality and to have our humanity respected and protected in the laws of this nation is ongoing.