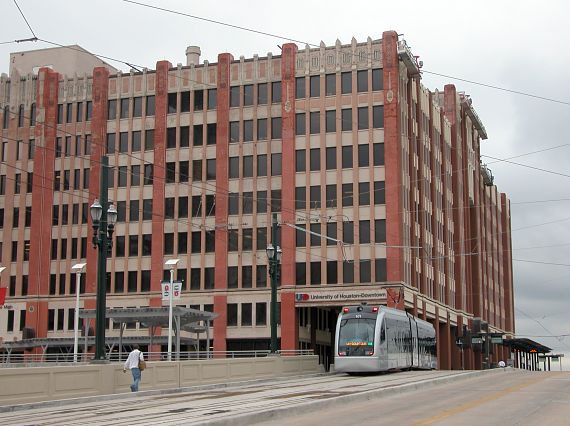 And thanks to timely assistance by a UHD professor, it ended before it became far worse.   And ammosexuals, it didn’t require the use of a gun to stop it.

Professor Frank Vela  heard a female student screaming after a man with a knife followed her into the restroom.  The perpetrator was tackled by Professor Vela and held down until UHD police arrived to arrest the perp and cart his azz off to jail.

The perp in question  shared your ethnic background.  His name is 35 year old Daniel Griffing, and appeared before a judge yesterday.   It wasn’t his first time in the criminal justice rodeo or committing the crime of sexual assault.

Griffing was convicted in 2000 of sexually assaulting a small boy and was sentenced to 15 years in state prison.

He’s being held in the Harris County Jail without bond.

This is also a textbook case of what we

in Trans World and our allies have been trying to point out every time the Right Wing Noise Machine deploys the demonstrably false bathroom predator lie they use every time to attack any human rights law that attempts to cover the transgender community.

And yeah, we trans women are just as concerned about people like this
running loose in H-town and elsewhere in the state and country.because far too often, trans women are the
prey, just like our cis sisters are.

If a man wants to get into a women’s bathroom to commit the crime of sexual assault, just like Griffing. he isn’t going to waste time getting in drag to do it.

Falsely demonizing and attempting to criminalize the lives of trans people isn’t the way to stop sexual assaults.  So it’s past time media peeps and the rest of you folks who need to ‘ejumacate’ yourselves about trans lives need to buy a vowel and get a clue that people like Griffing are your perps you need to be concerned about.

Not the trans woman who is simply trying to live her life to the best of her ability, and just needs to pee in the bathroom without being harassed about it.