I moved back to the Houston area in May 2010  nearly two years after Hurricane Ike wreaked havoc on the upper Texas coast and its Category 1 self knocked power out for me in Louisville.

Dealing with hurricanes and tropical storms is just the cost we pay for being 30 minutes from the beach   So we were overdue on the Texas Gulf Coast to experience a landfall for a major hurricane, and traditionally if we are going to get whacked with one, it tends to be in August or September.

So while Hurricane Harvey is heading its as of this writing Category 3 self toward the Corpus Christi area after nearly breaking up in the Caribbean, crossing over the Yucatan Peninsula and then reforming in the warm waters of the Bay of Campeche, we still expect along with our local meteorologists to get hit with some of the rain bands from it in the Houston area and get tropical storm level winds in the area. 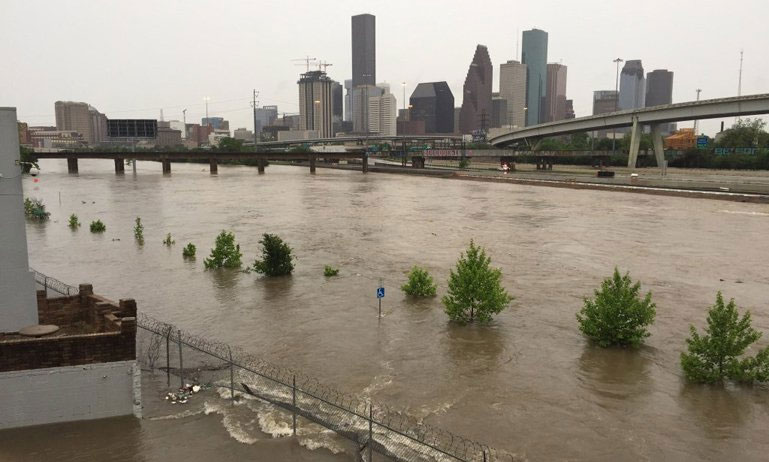 There are predictions we might get hit with up to 25 inches of rain.  That’s a lot of water in a short period of time, and Houston’s drainage system is tied to multiple bayou that run towards Galveston Bay.   The same Galveston Bay that will be experiencing Harvey’s storm surge plus be whacked by trying to deal with that onslaught of heavy rain.  .

Can you say ‘serious floods’ TransGriot readers?    Thought you could.

Oh well, at least it won’t be sauna room level hot for the next few days.  The HISD school kids get an extra summer vacation day out of the deal since school was supposed to start Monday.

The approach of Harvey has triggered a run on local stores to get hurricane supplies, food, bottled water, batteries and gas for their vehicles.
It also has people who own them checking their generators to ensure they work and charging their phones, laptops and portable charging devices just in case we lose electrical power.

In the meantime we do what we always do when there’s a hurricane bearing down on us.   Make sure we’ve done our hurricane prep, are prepared to evacuate if needed, and just wait for Harvey to make landfall and get out of the area.

And nope, don’t have any alcohol.  I used that up celebrating the demise of SB 3.