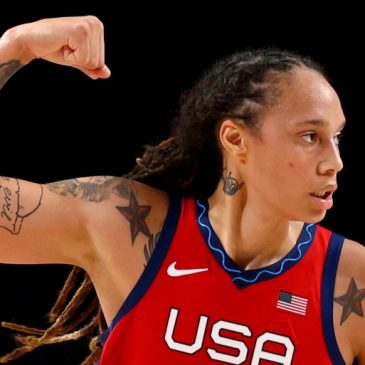 WNBA star Brittney Griner is presently in custody after being arrested after a search of her luggage.

Russian Customs Service said that Griner was in possession of cartridges that were said to contain oil derived from cannabis, which could carry a said maximum penalty of up to 19 years in prison.

Sadly in many countries drug charges are ridiculously high, while traveling to Indonesia a few years back I heard a message that was played over speakers warning travelers that the penalty of drug possession was death!

For those that don’t know or ask the question, why was she even there?

Griner has been said to be one of the best players in the WNBA and is presently listed on the 2022 roster for her present team the Phoenix Mercury of the WNBA and for the last 7 summers she has played for UMMC Ekaterinburg in Russia where she earns more than $1 million per season which is more than quadruple her WNBA salary.

Although there isn’t much information to go on at this time, Griner’s wife Cherelle Griner took to social media to express her appreciation for their support of her wife and asked for privacy after Griner’s arrest.

“Thank you to everyone who has reached out to me regarding my wife’s safe return from Russia. Your prayers and support are greatly appreciated. I love my wife wholeheartedly, so this message comes during one of the weakest moments of my life. I understand that many of you have grown to love BG over the years and have concerns and want details. Please honor our privacy as we continue to work on getting my wife home safely.

As mentioned we don’t know much about the date she was arrested but know that her last activity on social media was a post of an image which is provided below.

Brittney Griner was arrested at a Moscow airport after Russian authorities said a search of her luggage revealed vape cartridges said to have oil from cannabis.

Which comes with mixed details and reports on how long she could be in jail, some reports say 10 years maximum while others say 19 years maximum. We at TransGriot just want her back on US soil immediately! Especially as this war is being pushed on the folks of Ukraine and so many sanctions hitting Russia our fear is that, Puttin will try to use Brittney and two other popular US citizens that are presently in custody in Russian prisons to try and force the hands of the US in whatever way he can.

“Brittney Griner has the WNBA’s full support and our main priority is her swift and safe return to the United States,” the league said.

Join in by signing the petition to bring Brittney home! https://www.change.org/p/secure-brittney-griner-s-swift-and-safe-return-to-the-u-s?signed=true