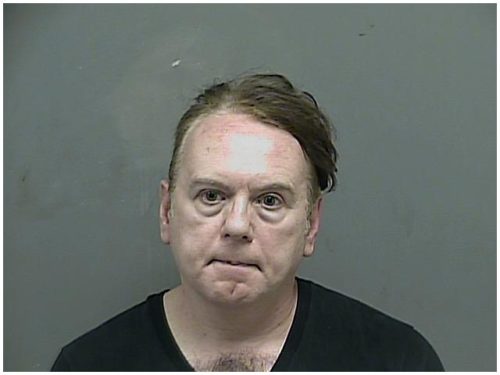 It’s becoming increasingly clear who the perverts are that the Republicans are talking about when they holler about ‘no men in women’s restrooms’.

Narramore is accused of rubbing his foot up against the foot of a Belk store employee in the next stall, then exposing himself.   That employee happened to be a loss prevention officer, and he was hauled into the store’s  office by security personnel and detained until the po-po arrived.

Narramore then tried to resist arrest, got tasered for trying to do so and was taken to the Kingsport city jail.   Note that Narramore also wasn’t wearing a dress when he was taken to jail or when he engaged in his behavior that got him busted..

Don’t worry boo.  maybe GOProud or the Log Cabin Republicans will offer you a membership..