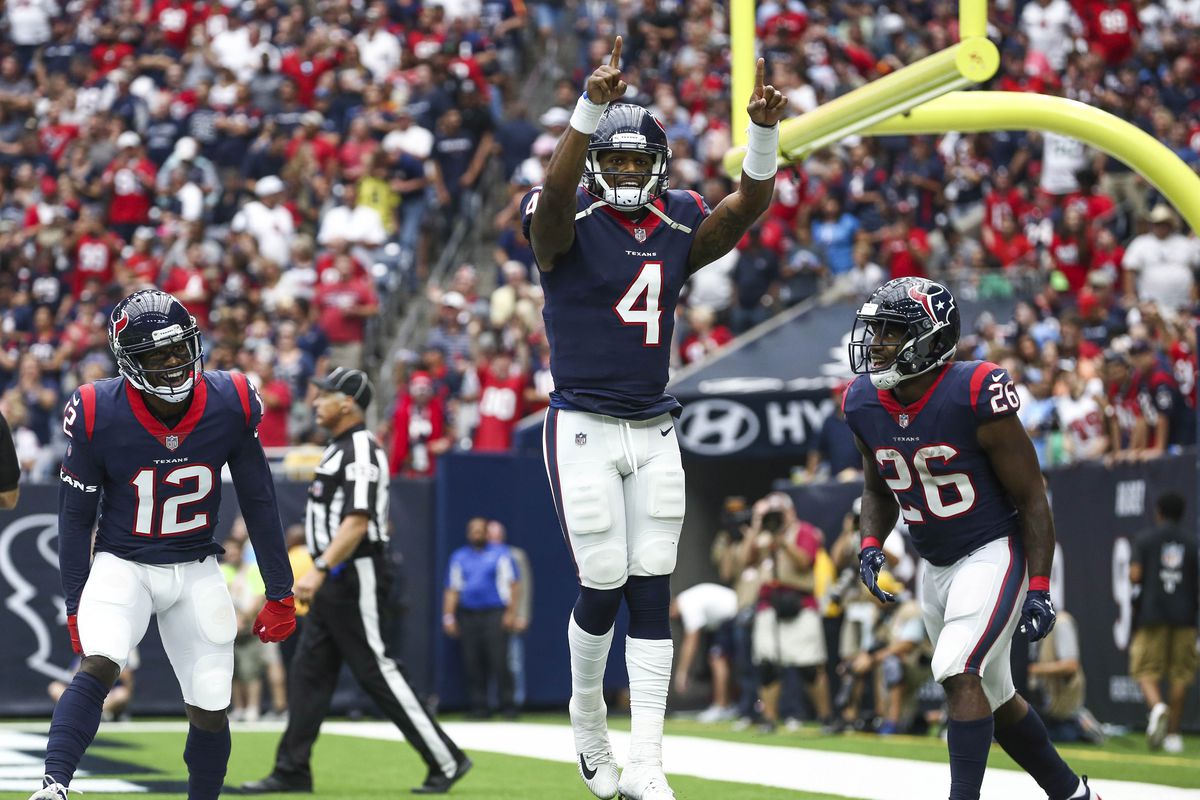 It only took him three weeks, but Deshaun Watson has probably cemented his position as the starter for the Texans after tying an NFL rookie quarterback record with 5 TD’s (4 passing, 1 rushing) in their 57-14 rout of the Tennessee Titans Traitors.   The 57 points scored was also a Texans franchise record. easily eclipsing the previous record of 42 points, also set against the Tennessee Traitors in a 42-14 rout in 2014.

Another tough test for Deshaun and the Texans comes in a Sunday Night Football tilt against the unbeaten Kansas City Chiefs at NRG Stadium.

As for the prognostication contest with Mr. Watts, Week 4 saw us tie with identical 10-6 records that helped me maintain my two game lead on him.  I correctly picked the Texans game, he got the Giants-Buccaneers game right

Now it’s time to get to the Week 5 NFL contests.    We have four teams, the Falcons, Broncos, Saints and Washington on their bye week, so only 14 games to pick.   As usual, team I’m selecting to win is in bold print, with the home team in CAPS.    Mike’s Week 5 Picks are here.