We are getting closer to the end of the 2016 regular season, but my attention is turning south of the border to the cavernous Azteca Stadium in Mexico City and the final NFL International Series game of the season being played there between my fave NFL ballers and the Oakland Raiders

This will be the first regular season NFL game played in Mexico since 2005 and the first Monday Night Football Game ever outside of the USA.  I’m looking forward to watching this historic Monday night football game from a stadium that has traditionally been a 7000 foot altitude house of horrors for the US men’s soccer team. 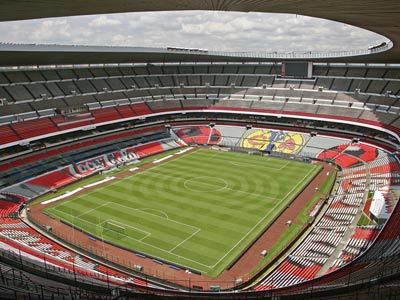 Looking forward to what is going to be an interesting game as we face Derek Carr (David Carr’s little brother who we should have drafted and has proven to be the better Carr family QB) and the resurgent Raiders. The Texans will officially be the road team, and let’s see if they can get their first road win of the season against a quality team.

Speaking of wins, Mike won Week 10 after I went 8-6 last week.   I still hold the overall lead in this 2016 prognostication contest by four games, but still have to handle my business.

Time to get busy with this week’s NFL picks.  Another fourteen games to pick and the teams on their bye week watching everyone else play are the Broncos, Chargers , Falcons and Jets

My picks in bold print.  Home teams in all CAPS.  Mike’s Week 11 picks can be viewed here.