I’ve also discussed the fact that girls like us need to do a better job of appreciating the men who do genuinely love us (and not in a fetishistic way).If we trans women want to have stable, long lasting relationships that will result in them putting a ring on our fingers we’ve got to do our part to deal with our shame, guilt and fear issues and love ourselves so we can properly love somebody else.

And naw cis men, loving a girl like us doesn’t make you gay.

My San Antonio based video blogging sis  Nicole Ramos told the truth about this issue.  So has my Houston based blogging homegirl Diamond Stylz. and now I want to build on what she said in terms of trans women and our relationships with men, be they cis or trans.

I also wish to build on the comments of Cheryl Courtney-Evans and what she had to sayabout the subject.

The ultimate goal in the romance game is to find someone who loves you for who you are and who wishes to spend the rest of their life with you.

What has got me thinking about it is not only Nicole’s video blog post, but many of the previous videos I’ve posted on this blog from Troy, who discusses the fact that he unapologetically prefers trans women and some of the issues that crop up along the way on his YouTube Channel ..

Troy has been the godfather of the movement to get trans attracted men to not only name and claim the fact they love us, but battle the shame and guilt issues in their ranks.

At the same time Troy has sought to point out to the rest of the world that loving a trans woman doesn’t automatically devalue their masculinity.

I also need to point out there are trans men who are attracted to trams women, as the upcoming marriage of Precious Davis and Myles Brady this summer emphatically demonstrates.

What is bothering me is that far too often, I’ve observed that my trans sisters who are chasing pseudo cis privilege diss the cis and trans men who love us.  They fling the term ‘chaser’ like an epithet at the cis guys who love us and think of us as viable LTR partners.  They also dismiss the trans men who love and see us as people they wish to spend the rest of their lives with by shadily saying they want a ‘real man’ to woo them.

By doing that, you are devaluing your own femininity, and are saying at the same time you are unworthy of being loved.

Well, in the 2K16 and beyond my sisters, we need to reject that negative and destructive thinking because we trans women are worthy of being loved.

Let me say that again.  Trans women, you are worthy of being loved. 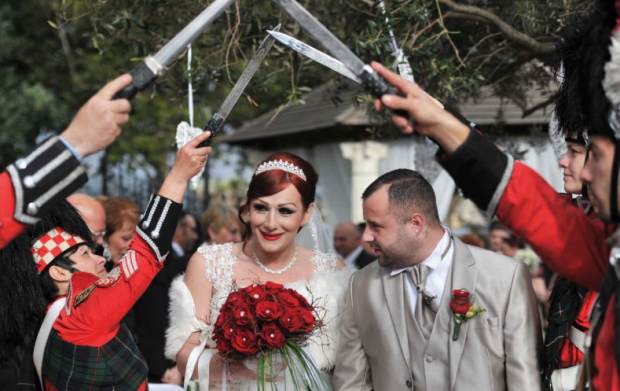 Note to the cis women out there who like to throw shade at us, we don’t have to ‘trick’ or ‘deceive’ a man to get his romantic attention.  Most of the time, they are stepping to us because they like what they see and like our personalities even better.

Speaking of stepping to us, just because a cis man loves a trans woman, it does not diminish or devalue his masculinity or make him gay.

Now my sisters. if a guy is only looking at us as his exotic fetishistic fantasy, call his ass out.  Also call out the guys who don’t recognize your femininity.  The primary person you have to please in a relationship situation is yourself.  You do not have to accept a substandard relationship, one that disrespects your humanity or your femininity, or one that makes you unhappy because you want to prove to the outside world you are feminine enough to get a man.

Quality is what you need to be looking for, not quantity.  Waiting for the person who is best suited for you and makes you happy may take a while, but is worth it in the end.

4 thoughts on “Trans Women, Stop Attacking The Men Who Love Us”