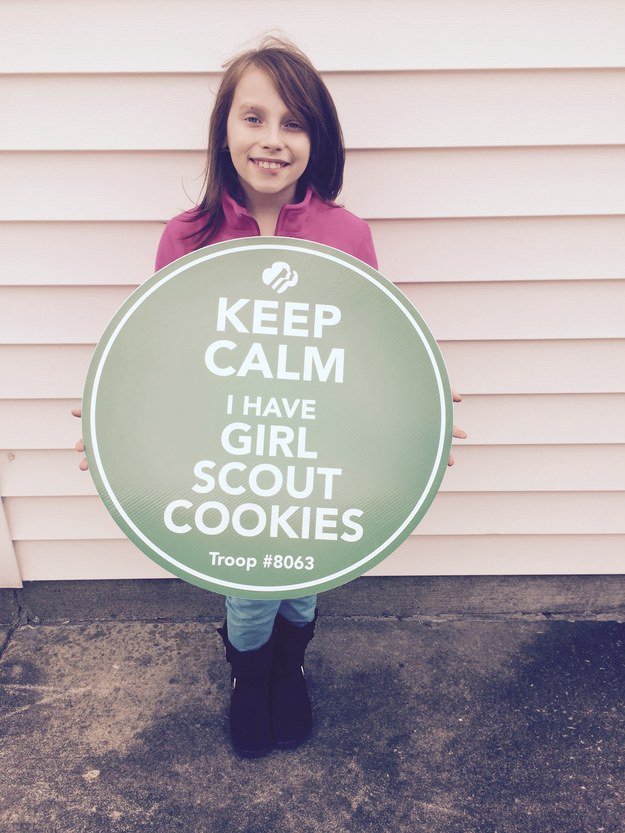 ‘Placement of transgender youth is placed on a case by case basis, with the welfare and best interests f the child and and the members of the troop/group in question a top priority.  That said, if the child is recognized by the family and school/community as a girl and lives culturally as a girl, the Girl Scouts is an organization that can serve her in a setting that is emotionally and physically safe.’

When nine year old trans Girl Scout Stormi started knocking on doors to sell those famous cookies in her Herrin, IL neighborhood, she was greeted by a transphobe who not only hurt her feelings, but motivated herto sell 3000 boxes of cookies.

Many of the people who bought Stormi’s cookies did so online, and some of those cookie purchases came from the trans, bi and SGL community livid over the disrespectful treatment she received by the less than kind transphobe.

As this story has been getting national attention, the transphobes are coming out to play as well in the comment threads in those stories.  It’s mind boggling and despicable that these wastes of DNA can aim so much transphobic hatred at a nine year old trans girl.

But while I’m not surprised by it, I’m not having it either.  I, her trans elders and her allies will not allow transphobic vitriol aimed at our transkids from the ignorati cowering behind computer keyboards to go unchallenged.  You want to pick on somebody, aim it at somebody who will be more than willing and able to respond in kind.

And Stormi, if you still have some thin mints or Trefoils shortbread cookies boxes left, I want some.