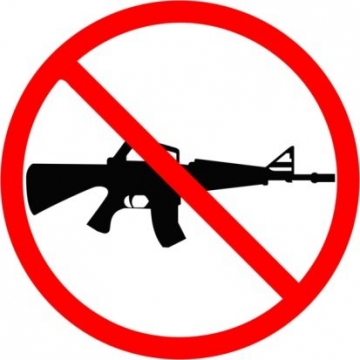 For as the body without the spirit is dead, so faith without works is dead also.James 2:26

We are tired of after every mass shooting Republican politicians expressing their ‘thoughts and prayers’ ad nauseum for the victims of mass shootings, lowering flags to half staff, and then obeying their NRA masters and doing nothing about what will really stop the epidemic of mass shooting in this country.

This latest mass shooting in Texas happened in a church, so ‘thoughts and prayers’ weren’t enough.

It’s past time for legislative action that we know will stop these killings.  An assault weapons ban combined with instant background checks when guns are purchased.

These are the works that are needed to demonstrate that your faith is sincere.   If you can’t do that, or start mouthing off a bunch of NRA talking points,  then we already know you are part of the GOP dry as dust religion and will not act to stop gun violence. 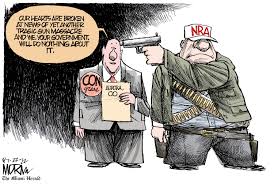 And I suspect the only thing that will move you from that do nothing position that gets you an A rating from the NRA is you or a family member being caught up in one of those mass shootings.

And even if that scenario happens, then I doubt that you GOP legislators will do anything to stop mass shootings except flap your gums about it.  ‘