Where?  During the second and third season of Battlestar Galactica.

I was re-watching my DVD collection of Battlestar Galactica a few nights ago and it struck me the similarities between Dr. Gaius Baltar’s disastrous turn as President of the Twelve Colonies and Orange Foolius. 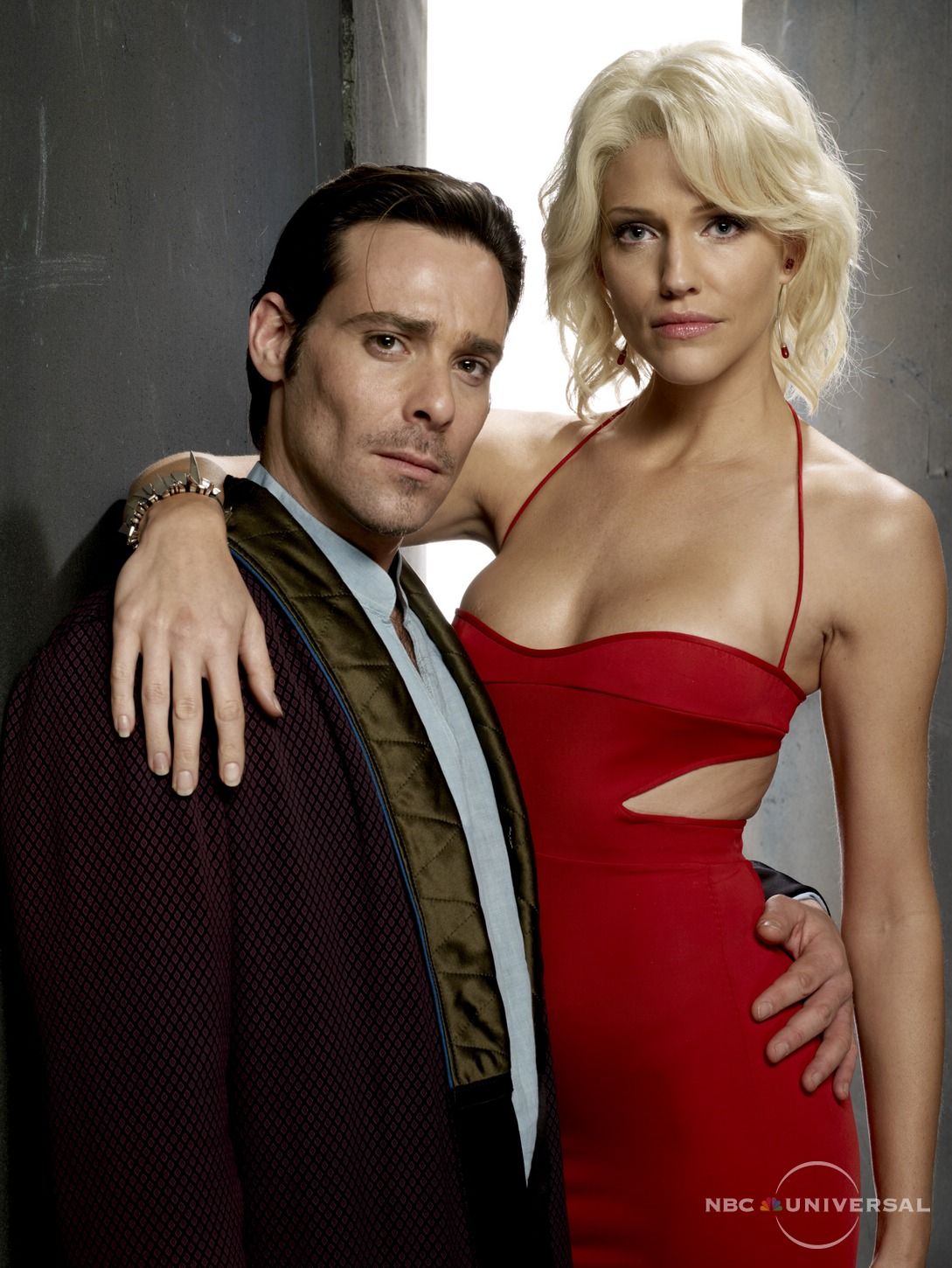 Baltar, unlike Orange Foolius, was a media savvy prize winning scientist prior to the surprise Cylon nuclear attack on the Twelve Colonies that nearly wiped out humanity in their star system.  He had become the science adviser to Roslin, and eventually rose to become Caprica’s representative on the Quorum of the Twelve and later vice president of the colonies.

But what he did have in common with Orange Fooluis is chasing women to the annoyance of Caprica Six, getting wasted, and being incurious about governance.

Roslin was expected to cruise to reelection, but Baltar seized on the recent discovery of New Caprica to push an issue that gained him even more popularity and support despite being woefully inept.

Roslin was also suffering a drop in popularity because she was forced for the good of the surviving humans and to keep support amongst the highly fundamentalist Gemonese and Sagittarons issue an executive order banning abortion in the Colonial fleet.

That made what was supposed to be an election blowout for Roslin that much closer.  Admiral Adama and the military leadership were so alarmed at the prospect of a President Baltar that they attempted to rig the election in Roslin’s favor.

Shut up Berners, the Democratic primary wasn’t ‘rigged’ as you repeatedly claim.  Your boy got his azz whipped by Clinton.

Back to the story. 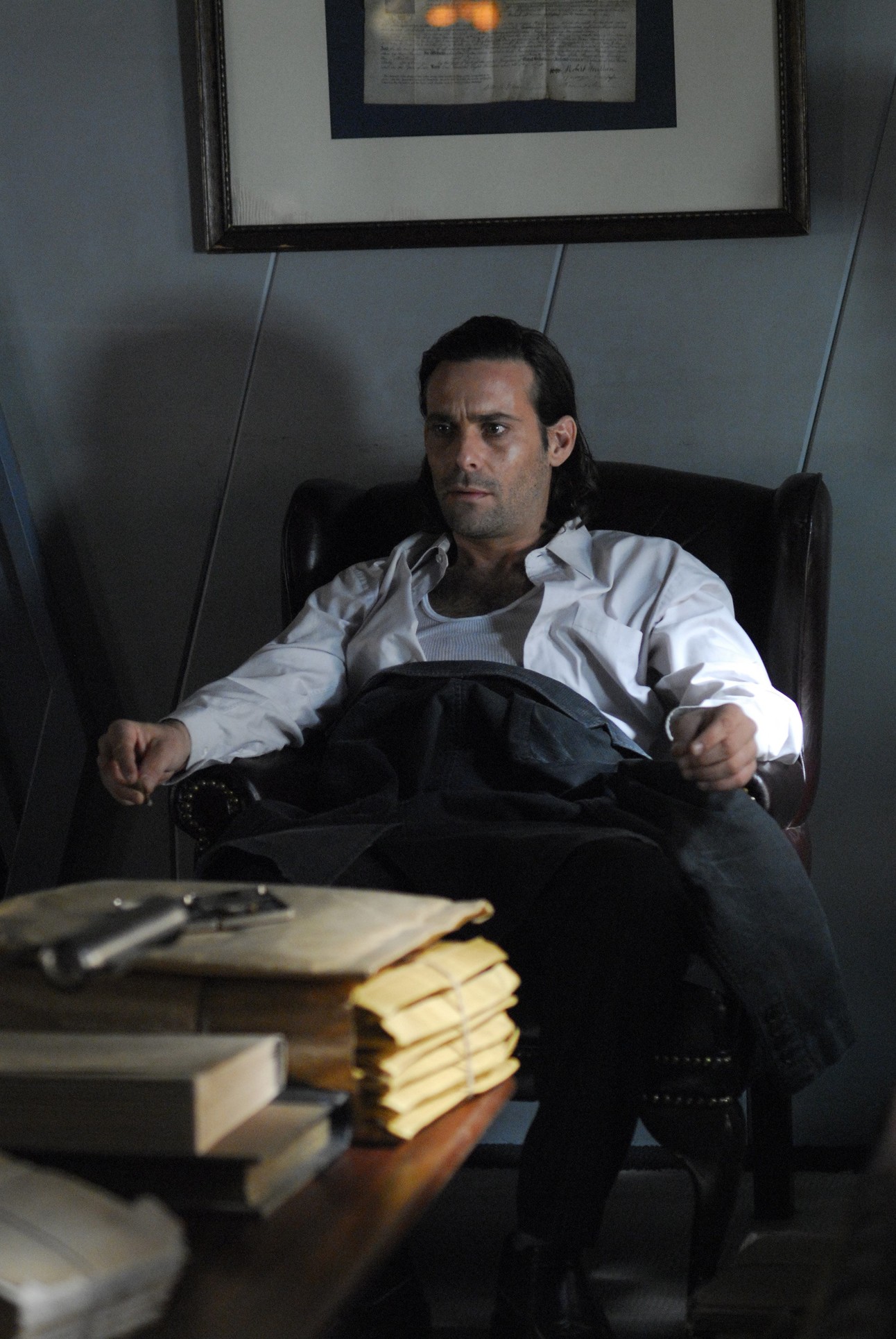 It was an attempt that failed because Lt Gaeta noted that the number of ballots from a certain ship in the fleet seemed to be off.   Roslin was trailing in the presidential election balloting by 500 votes with three ships left to count.  The ballots arriving from the Zephyr swung the tide in her favor.

The rigging was exposed, Baltar wins the election, and orders the immediate settlement of New Caprica as he promised during the campaign if he won.

The Baltar presidency is a disaster.   A year late the civilians are living in rough conditions exacerbated by shortages of antibiotics, and strikes.   He ignores the Quorum of the Twelve. and spends more time getting laid and doing drugs than focusing on the day to day governance.

Lt Gaeta, now his presidential aide, tries to get Baltar to focus of his duties with no success because Baltar ignores him just like he does the Quorum.

The Cylons suddenly appear in force over New Caprica.   They were over a light year away from the Colonial Fleet when they were drawn to the area by the light and radiation signature from the nuclear blast that Gina set off from the nuke Baltar gave her that destroyed the Cloud Nine liner and several other ships on his Inauguration day

The Galactica, Pegasus and the other military ships in orbit over New Caprica are forced to withdraw as the Cylon occupy the planet and make Baltar their Vichy style puppet ruler after he unconditionally surrenders.   He is forced at gunpoint by Aaron Doral (think Vladimir Putin) to sign a termination order for hundreds of humans.. 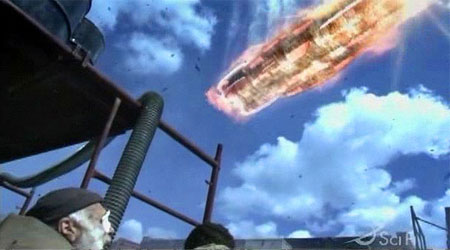 Baltar tried to convince the Cylons their mission to rule over humans was doomed to fail, and they should leave New Caprica.    Not long after that the Galactica and Pegasus return in force to rescue their people trapped on the planet and resume the journey to Earth.

So yes, it seems the Orange Foolius presidency has happened before in the person of BSG’s Gaius Baltar.  And like Baltar’s coming to an end, his will too.  It’s just a matter of whether it is by, his resignation, his impeachment and removal from office, or the American people do it themselves in 2020.