The November 5 elections left the mayor’s chair and several council seats in runoffs.

The City Council District B race was removed from the ballot and settled in a special election because of a lawsuit filed by Renee Jefferson Smith after she finished third and failed to make the runoff in that crowded 14 candidate race to replace term limited councilmember Jerry Davis.

Bailey signed an affidavit when filing to run back in August stating that she hadn’t been convicted of a felony, but was back in 2007.  She was told that because of that forgery conviction, she could run for any position except a state of Texas one.

Jefferson contends that because of the felony, Bailey is ineligible, and as the third place finisher, she should move up to the runoff.  Bailey’s eligibility will be determined in an upcoming court case. 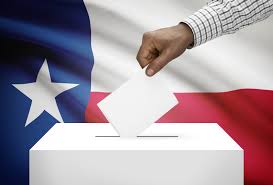 Will be keeping an eye on those proceedings, but the date of the December 14 runoff

election is still looming with early voting starting on November 27 from 7 AM-7 PM .