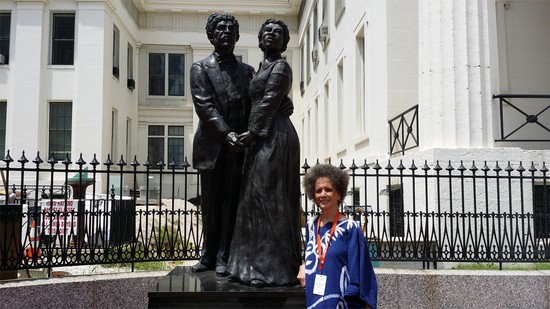 For those of you wondering why I’m so calm about this upcoming 2016 presidential election, it’s because I have faith in the Black and Brown electoral firewall that will save this country from making a massive mistake on November 8

Denise Oliver Velez has this interesting Daily Kos post discussing the Black and Brown firewall, and here’s a taste of it.

Black folks are not buying what Donald Trump and the rest of his raft of Republican racists are selling. Neither are Latinos, Asian-Americans and Native Americans. As the traditional media tries to sell us on a neck-and-neck horse race between Hillary Clinton and Donald Trump—ignoring the electoral college—and as Trump and other Republicans ramp up the racist, sexist, homophobic, xenophobic volume, there is one thing Democrats need to keep in mind: A big part of our voting base is black and brown, and that base is growing.

I found it fascinating, and thanks to Denise I get to signal boost it on these TransGriot electronic pages.  Here’s the link to the rest of Denise’s Daily Kos firewall post.