The opening session of the 85th Texas Legislature under the Pink Dome kicks off today as you read this with a lot of ceremonial business happening such as the swearing in of new members.  We don’t get to elect statewide offices until 2018, and us liberal progressive Texans will be anxiously waiting to do just that.

But first we have to get through this session that as people around the world know, Lt Governor Dan Patrick is trying to shovel through the unjust SB 6, the Texas Transgender Oppression Act.

In the Texas House, the election of the speaker will take place who is expected to be for his seventh term with Democratic minority help (thank God) moderate Rep. Joe Strauss (R-San Antonio). 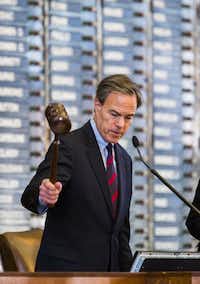 Here are the numbers we’ll be pondering for this session that will run 140 days until the end of May or the first week of June.

The Republicans have a 20-11 majority in the Texas Senate that Patrick controls.

In the Texas House, it’s 99-51 Republicans, just short of a supermajority..

Some of the issues they need to be focused on besides hating Texas trans people, guns and women’s uteruses are our public school funding, the state’s ailing foster care system, better mental heath access, making Texas colleges more affordable and special ed.

We’ll see what happens over the next 140 days, and I know I’ll have a few trips to Austin planned to do some lobbying to kill some bad bills like SB 6 and help support some good legislation..

And as you probably guessed, I’ll be keeping track of the progress or lack of it on SB 6 and other bills of importance to the Texas TBLGQ community and liberal progressive Texans.