Well people,  today starts the first day of the 115th Congress which will be unfortunately like the last one, GOP controlled,.  It will also after 12:01 PM EST on January 20  have (yuck) Donald Trump in the White House and Mike Pence as the VP and Senate President

Here are the ugly numbers

In the US House, there will be 241 GOP members versus 194 Democrats    The GOP majority lost seven seats in the 2016 election.   Paul Ryan (R-WI) is still the Speaker of the House and Nancy Pelosi (D-CA) is still the House Minority Leader.

And as usual, the vast majority of those congress members of color will be Democrats.

In the US Senate, its 52 Republicans, 46 Democrats with two independents Angus King of Maine and Bernie Sanders of Vermont caucusing with the Democrats to make it a 52-48 GOP majority.

Once again the GOP lost two senate seats in the 2016 election, but not the seven needed for the Democrats to regain control of that chamber.

There will be a record 21 women serving as US senators.  The bright spots for the Democrats is that this senate class has three history making freshman senators in it.

Sen. Catherine Cortez Masto (D-NV) became the first ever Latina US senator when she was sworn in today to replace the retiring Sen. Harry Reid.  She is also the first Latinx senator ever elected of Mexican American heritage.   The others have all been Cuban-Americans.

Sen Tammy Duckworth (D-IL) who knocked off incumbent Republican Sen Mark Kirk, moves from the US House and becomes the second Asian American female senator elected after Mazie Hirono (D-HI), who was elected in 2012. 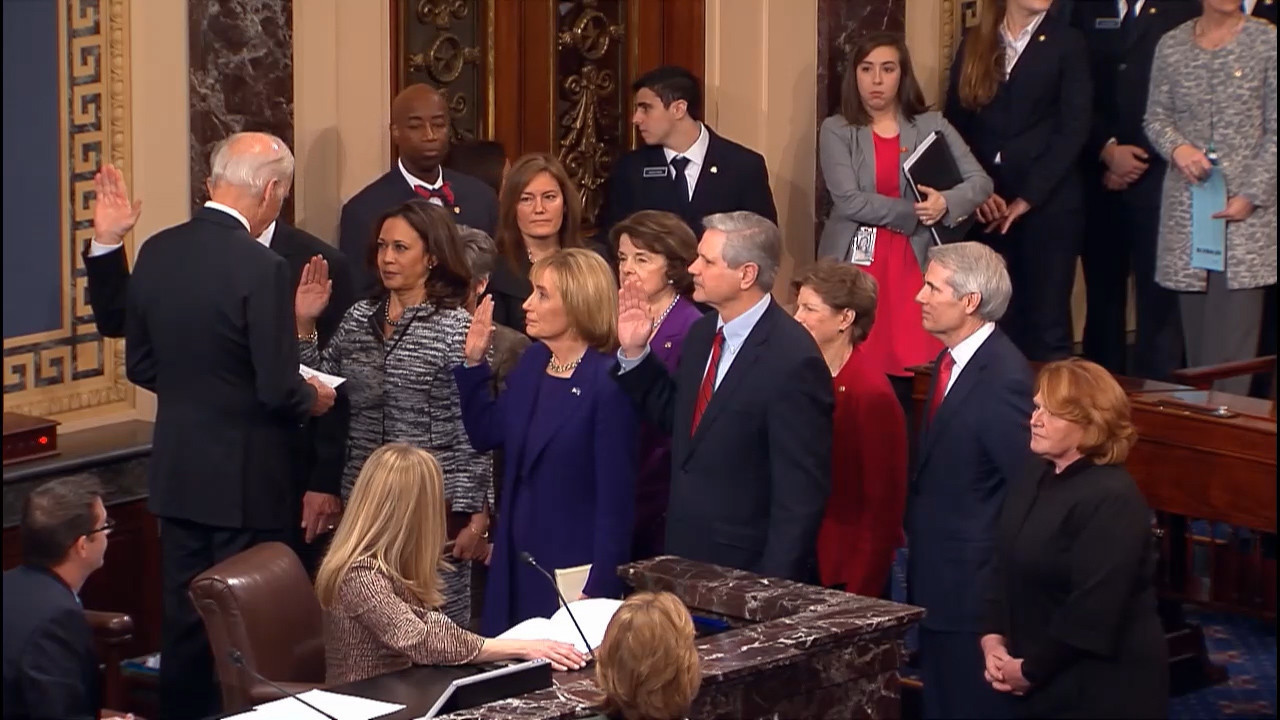 When Sen. Kamala Harris (D-CA) was sworn in as Cali’s junior senator, she became not only the second African-American female senator (Carol Moseley-Braun of Illinois was the first), but also the first ever of South Indian heritage.

And for those of yall in Black Greek world wondering which Divine Nine org she belongs to, Sen Harris is a proud member of Alpha Kappa Alpha Sorority, Inc.

So hold on to your human rights, the GOP controlled 115th Congress is in session.