When Rep. Beto O’Rourke (D-El Paso) announced his candidacy for the US senate,  the Texas Republican Party sneered and laughed about it

Sen. John Cornyn (R) arrogantly said back on May 4, “Beto is going to give him a run, but I don’t think he has a chance.” 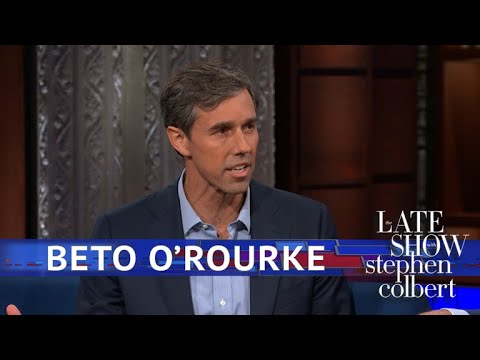 Fast forward to us being less than 30 days from the October 22 start of early voting in the Lone Star State.   Beto has visited all 254 counties in Texas.   He is depending on the polls, within two to four  percentage points of Rafael, building momentum towards Election Day, and making appearances on Ellen, the Stephen Colbert Show and more frequent appearances on national news shows.

Cornyn has changed his tune from a dismissive smirk to outright sounding the alarm that Cruz is in trouble.

“We’re not bluffing, this is real, and it is a serious threat,” Cornyn said in a POLITICO interview. “If Ted does his job and we do ours, I think we’ll be fine. But if we have donors sitting on the sidelines thinking that, ‘Well, this isn’t all that serious,’ or ‘I don’t need to be concerned,’ then that’s a problem.”

Even Ted Cruz has stopped ignoring Beto and started attacking him, even going as far as releasing a doctored video to bolster his weak attack line claiming Beto is ‘too liberal for Texas’

Nope Ted.   We finally got someone better than you that we like and has a serious chance of making you a one term US senator.

Dolt 45 is rumored to be traveling to Texas soon to hold a rally at Jerry World for our not so Texas tough senator from Alberta.

The worried Texas conservafool minions have started doing their grassroots level dirty trick of sign stealing.  This thug woman was busted in Houston’s ritzy River Oaks neighborhood stealing this Beto sign.  Reports are coming from other Houston neighborhoods and across the state that the same thing is happening.

FYI to the conservaBecky that stole this sign.  This is what that house looks like now.  The more signs you steal, the more money that goes to the Beto campaign ($10 a sign) to replace them.

A reminder and a warning to you Texas conservafools tempted to steal or destroy Beto signs.  Under Texas law, stealing, willfully defacing, destroying or removing a political sign on private property is a misdemeanor crime punishable by a $2500 fine and up to a year in jail

The Lone Star conservafools in addition to the national GOP are running scared over the prospect of a Senator Beto O’Rourke.   Good. The Democrats, despite having to defend 26 senate seats in this cycle, only need to flip two Republican held seats out of the eight the Republicans are having defend this cycle to get control of the US Senate

Beto’s senate campaign is also forcing the Republican Senate Campaign Committee (RSCC) to make some tough calls in addition to ramping up their rhetoric.

They will have to decide soon if they wish to spend precious campaign funds in this expensive Texas media market trying to save Ted or commit that money to Republican senate candidates in more affordable markets elsewhere in the country
Meanwhile Lyin’ Ted Cruz is in the fight of his political life in this US senate race.  It’s past time we had a Democrat once again positively repping the senate seat once held by Ralph Yarborough and Lloyd Bentsen.