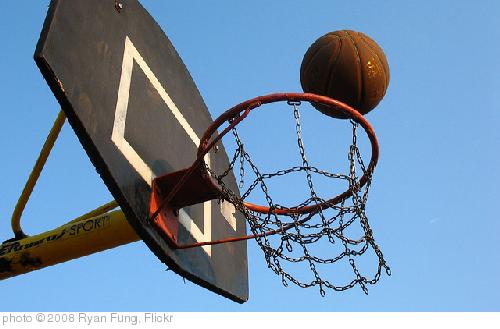 I
have written many times about the struggles my oldest has had
negotiating the racism in our small town.  I know that despite the
mantra about childhood being a protected class, this definition only
applies to White, able bodied, class privileged, cis gendered children.
If you are a child from a historically marginalized group, by the time
you get out of diapers, you will have negotiate a discourse which
‘others’ and erases your humanity.

A Buffalo girls basketball team was suspended after the players allegedly used a racial slur as part of their pregame cheer.

Tyra Batts, the sole African-American on the Kenmore East High School’s squad, told the Buffalo News that her teammates would hold hands before the game, say a prayer and then shout “One, two, three (n——).”

The practice came to light when Tyra was suspended for getting into a
fight about the use of racial slurs during practice, according to the
newspaper.

She said that she was alarmed by the cheer, but had been outnumbered
and told that the use of the slur was just a team tradition.

“I said, ‘You’re not allowed to say that word because I don’t like that
word,'” she told the newspaper. “They said, ‘You know we’re not racist,
Tyra. It’s just a word, not a label.’ I was outnumbered.”

The 15-year-old eventually exploded after a practice when a teammate
called her a ‘black piece of (expletive).’ She says she got into a fight
with the girl later in school.

“It was a buildup of anger and frustration at being singled out of the whole team,” she told the newspaper.

Tyra’s suspension was shortened after the principal learned of the racial allegations. At least a dozen girls were suspended. (source)

Gee,
wasn’t it nice of school officials to shorten her suspension.
Certainly, such magnanimous behaviour must be noted and celebrated.
They even went as far as to suspend the girls who were taunting Tyra
Batts, and so I suppose all’s well that ends well right?  What I want to
know is where were the adults while the girls where screaming, “one,
two, three nigger”?  I find it hard to believe that each and every
single one of these chants happened in isolation. If these girls felt
comfortable saying what they did, it can only be because there is a
culture of racism alive and well in that school.  The girls who were
suspended will serve their time, and life will go on for them, but it
is Batts who will have to have to live with lasting effects of their
racist assault. Unfortunately, Batts will join the ranks of Black
children who have learned at the hands of Whitness that the colour of
their skin determines their worth in a White supremacist world.

It enrages me that these girls could use a word like nigger and then
claim not to be racist.  Nigger is not now, or ever will be just a
word.  There is a long history of dehumanization and oppression that is
attached to the word nigger.  The very fact that they felt that they
could hold a vote to over rule the feelings of the only African American
player speaks volumes.  Today, Whiteness acts as though being called a
racist, is worse than living with the hatred of racism.  The word racist
has become ugly, even as Whiteness acts in racist ways everyday,
without ever acknowledging their behaviour for what it is. The following
are but a few of the excuses that I hear on a regular basis:

The bottom line always comes down to the fact that the average
White person does not what to confront the ways in which they both live
in privilege and support White supremacy. This school did nothing to
protect this young girl, and then to have the nerve to punish her for
acting in self defense is inexcusable. I have yet to read a call for
accountability for the school.   It is inconceivable to me that hearing
the chant of nigger and being called a Black piece of shit, could be
construed as anything less than verbal violence.  How many times was the
young girl assaulted before she finally lost her temper?

Over the years, Whiteness has co-opted much of the  Dr. King’s pre 1963
message (note: post 1963 Dr. King was far more radical) because it makes
them comfortable, and they love the idea that people of colour will
peacefully turn the other cheek.  Not everyone can, or will turn the
other cheek.  If we examine the history of violence between Whites and
Blacks, Whiteness has by far exceeded us with it barbarity and desire to
express power corrosively.  It is this knowledge that causes so many to
fear a reckoning and it is this fear that is the basis for Batts
continued suspension.  In short, Whiteness fears accountability, and
that is why Batts is being punished for her act self defense.