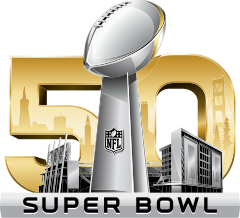 In a few hours Super Bowl 50 will kick off between the Denver Broncos and the Carolina Panthers to determine who walks away with the NFL title and the Vince Lombardi trophy.

I’ve already made my Super Bowl prediction like ‘errbody’ else in media world, but as the clock ticks down to the start of the final NFL game of the 2015-16 season, I have other random thoughts that are percolating in my mind besides the action that will take place at Levi’s Stadium starting at 5:30 PM CST.

In addition to the mass quantities of food we Americans consume during that game and the billions we bet on it legally and illegally, corporations spend millions for Super Bowl advertising slots before and during the game and on making the good, bad, indifferent and ‘what the hell were they thinking’ commercials that will run during it.

I’m parked in front of the TV not only for the game and the armchair analysis of it, but to spend some quality time with my friends.  You haven’t lived until you’ve watched a Super Bowl with a room full of TBLG people and allies.  It’s a hilarious and wonderful slice of life where for just a few hours, we LGBT World NFL fans can forget about the reality that on Monday or as soon as the last confetti has been swept off the turf, the rest of America will go back to hatin’ us with a foaming at the mouth determination and gleefully working to roll back our human rights.

For that few hours during a Super Bowl, we trans. bi and SGL NFL fans are just like everyone else, rooting for our fave team (,in this year’s case either the Broncos or the Panthers) to win and then plotting if you live in Denver or Charlotte where and how fast can you get your championship swag if they handle their Super Bowl 50 business. 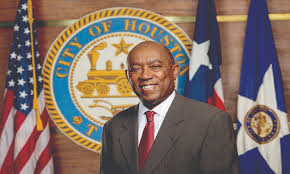 Speaking of human rights, hey Mayor Turner and everyone else from Houston observing what is happening in the San Francisco Bay Area this week in advance of my hometown hosting Super Bowl LI in 2017, how about y’all doing us Houstonians a huge favor?   As soon as y’all step off the plane from Cali, how about you and City Council get busy and start working on expeditiously passing HERO 2.0?

World class cities protect the human rights of their citizens, and if you want H-town to ever be considered as a host for another Super Bowl, better get busy with that necessary human rights task.

When I watch a Super Bowl, I’m also cognizant of the possibility that if I’m fortunate, I’ll get to watch some Black history being made at the same time while I’m munching on pizza or wings.

I remember bursting with pride when Doug Williams became in 1988 the first African-American quarterback to win a Super Bowl, and Russell Wilson doing so in 2014.   It was why I was so incensed when that boneheaded pass play call in last year’s game call cost the Seahawks not the change to win back to back titles, but Wilson the opportunity to become the first ever Black NFL starting QB to win back to back NFL titles.

And it’s no secret I want to see Cam Newton join that exclusive fraternity of Black NFL QB’s who have hoisted a Lombardi Trophy in a few hours and deliciously shutting up his racist haters.

Because Newton winning the NFL MVP award for 2015 last night, leading the team to a 17-1 record and the franchise’s second NFC title and Super Bowl berth won’t be enough to silence them.  But I have noticed during my lifetime that winning shuts bigots up.

While as a Texans fans I despise the Indianapolis Colts, I put that rivalry aside when the Tony Dungy led Colts and Lovie Smith’s Chicago Bears faced off in what we called in the Black community the ‘Soul Bowl’.

Looking forward to seeing the day a female NFL official gets to do that and be the referee at a Super Bowl, but that’s another post.

Well, hope the players got enough sleep for their busy and career making day.

I’m just hoping for a great game like the millions of people around the country that will be tuned in for it, and that one day I’ll know what it is like to see my hometown NFL franchise play in one..