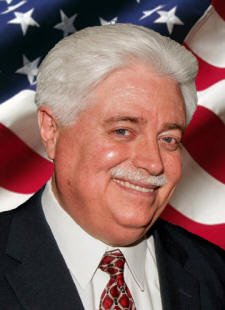 I have loathed Harris County Clerk Stan Stanart, the Republican in charge of Harris County’s voting apparatus for years.  He has made it clear multiple times he is a partisan hack who camouflages it a veneer of ‘good Republican’ respectability in order to get crossover votes. In addition to wasting $2.75 million of Harris County tax dollars on an automated voter check in system that is still not ready for election prime time, he has engaged in voter suppression on behalf of his party as he desperately tries (and fails) to keep Harris County from inexorably turning blue by restricting early voting hours from 8 AM-4 PM in the Lone Star State’s largest and most populous county during the first week of it to 8 AM-4 PM instead of 7 AM-7 PM.

He also pissed off the Houston TBLGQ community back in 2015.  On the day the Obergefell v. Hodges SCOTUS ruling dropped, he stalled the issuance of marriage licenses for same sex couples for most of the day until he was forced to issue them by Harris County attorney Vince Ryan and several couples ready with attorneys on hand to handle their marriage business.

Stanart then later shadily changed the design of the Harris County marriage licenses to include a pic of a man and woman getting married.

The non-white community in Harris County despises him to the point that #FireStanStanart has been a hashtagged rallying cry for us every election cycle as we fume not only about the suppression efforts, but how slowly the election night returns come in from his office. Stanart is finally up for reelection and being challenged by Diane Trautman, the Democratic nominee for his job.   It has come to light that on his campaign website he is pimping an anti-Semitic attack on George Soros in order to stave off election defeat.

Make NO mistake, George Soros wants to control Harris County Elections and Stan Stanart is in his way. If Harris County, larger in population than 26 states, allows socialists like Soros to control our elections, then Texas is next. It is almost impossible for a Republican to win the White House without the 38 Electoral College votes from Texas.

Stan needs your help TODAY to fight the millions that Soros and his allies plan to pour into Harris County. There are many more Flag Waving, defenders of the Constitution then those who support Soros’ world views, but remember “All that is necessary for evil to succeed is that good men do nothing.”– Edmund Burke.

This is disgusting, and Stanart needs to be punished at the polls for it.  Fortunately we have a few days left in early voting and Election Day on November 6 to #FireStanStanart, and hire Diane Trautman in his place.

TransGriot Update:  Stanart has pulled the disgusting ad from his website.   Still needs to be bounced from his position and replaced by Diane Trautman