Today is Spirit Day, the day created by Canadian teen Brittany McMillian in 2010 as a high school student in conjunction with GLAAD as a response to a wave of highly publicized suicides involving TBLGQ students, including Tyler Clementi’s at Rutgers.

It was named Spirit Day in honor of the purple stripe on the Gilbert Baker designed rainbow flag, in which the purple stripe represents ‘spirit’.  People are also encouraged to wear purple clothing on this day in order to express visible support for TBLGQ youth during National Bullying Prevention Month.

According to a GLSEN study, 8 out of 10 TBLGQ students has reported being bullied or harassed. 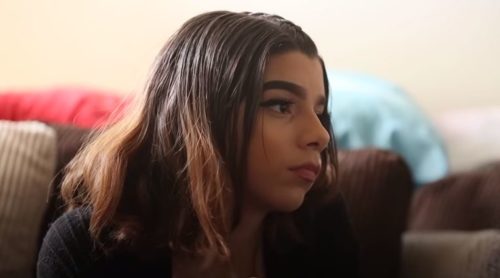 And we need this Spirit Day now more than ever.  With an openly hostile federal administration and attorney general hell bent on discriminating against TBLGQ people, the bullies are taking their cues from the alleged grownups and attacking our kids.

Trans feminine high school student Kylie Perez was recently assaultedby four kids in the halls of East Side HS in Newark, New Jersey.  The four students caught on the school’s security cameras taking part in assaulting Perez and the three who did nothing but videotape it on their cell phones have been suspended.

To her credit, Kylie is not going to let this quietly fade away, she is speaking up about it. /

Across the Hudson River is an example of what can happen if bullying isn’t address and stamped out by school,administrators.  18 year old bisexual student Abel Cedeno is facing manslaughter charges for fatally stabbing on September 27 one of his tormentors and wounding another one after enduring repeated bullying and anti-BTLGQ slurs aimed at him.

So yes, show your support for our kids on this Spirit Day by breaking out your purple clothes, and doing what you can to help stem the tide of bullying  on th