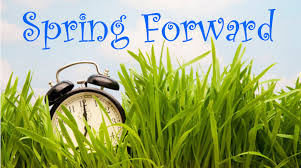 Believe it or not, it’s that time to move those clocks up one hour on March 13.  At 2 AM you’ll need to moe those clocks up, otherwise you’ll be an hour early for everything you do on Sunday.

So keep the time change in mind if you’re going out on Saturday night, because when the club clses, you will have already lost an hour of sllep before you get home.

It’s now time to segue into our usual Friday business in this week’s Shut Up Fool Awards, so let’s not waste time and get right to calling fools out.

Honorable mention number one is Lil’ Scrappy, who let loose with a transphobic rant that even his mama called his azz out on.  Now it’s my turn.

Naw you ignorant transphobic azz, I nor any trans woman is not obligated to post our baby pics on our Facebook pages, and neither are we in you less than eloquent words ‘men with wigs on’.   What, you mad because a trans woman turned your down for a date?

Bttom line it is hate speech like yours that fuels the anti-trans attitudes in the Black community that lead to us being assaulted or murdered., and we will not tolerate that shyt..

Honorable mention number two is Lisa Ling, for letting loose a problematic comment aimed at Caitlyn Jenner.   While she is on my caca list for the long list of problematic statements and comments that she deserves to be called out for, still doesn’t give you cis women a free pass at throwing transphobic shade at her.

Call Caitlyn out for the jacked up comments, not her trans status.

Honorable mention number three is Sen John Cornyn  (R-TX), whothreatened at CPAC to ruin the career of anyone who accepted a SCOTUS nomination from President Obama.  I don’t know who I hate more representing my state in the Senate between him or Ted Cruz.

Honorable mention number four is Guy Benson, the conservagay who also put his foot in his mouth during a CPAC panel and said that gays should be more tolerant of discrimination aimed at them by their right wing haters.

Still trying desperately to get that lost white privilege back, huh Guy?

Honorable mention number five is Ted Cruz, who opened his mouth on the campaign trail and said that gays are ‘waging a jihad against Christians‘.

Um Ted, shut the phuck up and stop projecting.   The jihad is only going one way, and your lying dominionist azz knows it..   Once again people, do NOT elect this Canadian for the GOP nomination.

This week’s Shut Up Fool Award winning loser winner is the still unidentified Greene County, GA teacher who told Shaniyia Hunter in front of her high school class in December that she was ‘dumb’ and her purpose was to ‘have sex and have children’ because in his estimation she would never be smart..

This waste of DNA failed to do that for Shaniyia and Lord knows how many other kids who had the misfortune of being in his class.

This is why any Black parents are homeschooling their kids nowadays.  And why is this fool not being identified?  He needs to be outed for saying something that foul to a child and drummed out of the teaching profession.

And one other thing he needs to do:  Shut up fool!