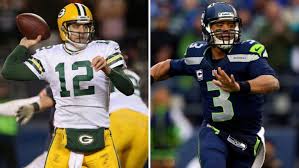 The 2014 NFL season kicked off last night with the defending Super Bowl champion Seattle Seahawks opening at home.   After unveiling their championship banner, they subsequently opened up a can of whoop azz on the Green Bay Packers 36-16.

Let’s get started with this week’s edition of the TransGriot Shut Up Fool awards.

Honorable mention number one goes to Attorney Gen. Greg Abbott (R-TX) for pulling out of a governor’s debate with Wendy Davis.   What’s wrong Greg?  ‘Scurred’ she’s going to beat the crap out of you?  Or is your pulling out related to the fact you don’t want to explain all the problematic issues of your 11 year tenure as AG in front of the entire Lone Star State?

Yep, looks like they visited the Stepford Salon and had the GOP cranium rinse before going on air.

Honorable mention number three is Phyllis Schafly.  She crawled out of her crypt to utter the asinine statement that women can avoid rape by focusing on marriage and not careers.

And had you taken your own unsolicited advice and focused on your marriage, Ms Schafly, the ERA would be part of the US Constitution and our country would be a much better more progressive place to live.

Honorable mention number four is conservanegro columnist Walter Williams.   He earned an Uncle Ruckus Award for writing a jacked up column comparing gay people to smokers and suggested they should pay more for life insurance..

Honorable mention number five is Duck Suck Dynasty’s Phil Robertson, who claimed he was as much a homophobe as Jesus was.

Oh really?  That’s news to Biblical scholars.  You’re actually a raving homophobe because Jesus had NOTHING to say about the subject of homosexuality, while it seems as though every time you part your lips, something homophobic and racist comes out of it.

Honorable mention number six is Rafael Cruz.  The Father of the junior senator from Alberta let something else racist fly out of his mouth in stating ‘the average black’ is just too stupid to understand that the minimum wage is a Very Bad Thing.

Naw Rafael, the ‘average Black’ is way too smart to fall for your conservative bull feces.  It’s why we ain’t voting for anything with an ‘R’ behind their name (including your son) unless it benefits our community a la Mississippi and  the strategic votes cast last July for Thad Cochran to help him win a GOP runoff battle with a neo-Confederate teabagger.

This week’s Shut Up fool winner is Cee Lo Green..  He let some asinine tweets fly on Twitter concerning rape in the wake of a court case, and that giant sucking sound you hear is his career imploding.

Green pleaded no contest recently to one felony count of giving a woman the drug Ecstasy at a dinner in 2012.  He was also accused by the woman in question of sexually assaulting her, but prosecutors concluded at an October 2013 hearing there was insufficient evidence for a charge.

Green then tweeted this on August 31:

“If someone is passed out they’re not even WITH you consciously! so WITH Implies consent,” he tweeted in a post that’s since been deleted but was preserved by a Twitter user. “Women who have really been raped REMEMBER!!!”

He deleted the tweets and attempted to apologize, but the damage has been done.  His TBS reality show, The Good Life.was canceled and he was dropped from a September 20 United States Navy-sponsored concert in Washington, D.C.

Better set aside some cash to find a good publicist to clean this mess up.