It’s been an interesting weekend for me because I’m getting to not only go to the 2016 edition of the Philly Trans Health Conference,, I got to do a happy detour through Washington DC so I could go to the White House and attend the last LGBT Pride Reception that President Barack Obama and First Lady Michelle Obama would host

It necessitated me flying into DC and then after the ceremony thanks to Fiona Dawson getting a ride up 1-95 to Philadelphia for the PTHC two hours after the reception concluded.

And speaking of just concluded, I’m out of the 8 AM blogging panel discussion that I was part of with Brynn Tannehill, Joanna Cifredo, and Mari Brighe and wandering the halls of the Pennsylvania Convention Center

But this also Friday, and that means it is time to call out the latest group of fools in this week’s edition of the TransGriot Shut Up Fool Awards 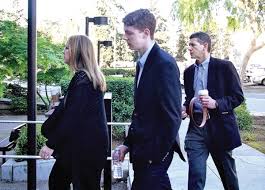 Their sex offender son got a six month slap on the wrist and three years probation by Santa Clara County Superior Court Judge Aaron Persky for raping an unconscious woman on the Stanford University campus that became a straight up textbook exercise of White privilege in action.

Naw player, you did the heinous crime, and you/should have done more time for it than six fracking months, of which you`ll only do at least three for good jail behavior.

As for Dan Brock your comments were reprehensible, and pissed me and a lot of people off.  A ‘steep price to pay for 20 minutes of action’?  Are you fracking serious?  I can see based on those comments why Brock is an entitled chip off the old block.

What about the ‘steep price’ the rape survivor will have to pay beyond the six months your son is going to do in jail plus three years of probation?

Carleen, your cries to the judge for mercy for your son don`t resonate with me because if your child was Black, they would be throwing his azz under the jail.   As a matter of fact we have have had far too many cases of Black sons thrown under the jail for simply being accused of rape.