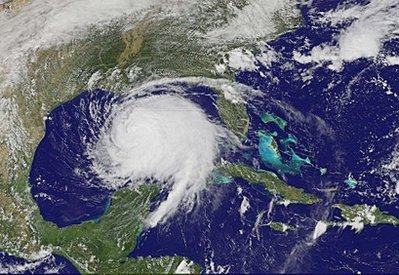 With the calendar page changing to the month of June, it also means that those of us who live in Texas and everywhere else along the Gulf and Atlantic coasts will be until November 20 casting nervous eyes toward the west African coast or in the Caribbean Sea every time we hear our weather casters say the words ‘tropical wave’ or tropical storm’.

The 2016 Atlantic hurricane season has started, and before the official June 1 starting date we have already had two named storms in Alex and Bonnie in May.

And what happens if it is a busy year and they run through all the names this year?  Then the National Hurricane Center goes to the Greek alphabet to name the storms.

It’s also Friday, and time to call out our Category 5 level windbags and fools in this week’s edition of the TransGriot Shut Up Fool Awards.

Honorable mention number one is Donald Trump for pick whatever lies he said this week during his campaign stops.

Honorable mention number two is Sen. Bernie Sanders, who immediately after Sec. Clinton lambasted Trump as unfit to be president in a well received speech, instead of piling on and co-signing that speech hypocritically attacks Sec. Clinton.

Will be so glad when this Dem primary is over and you slink off to defeat along with the rest of the Green Tea Party.

Honorable mention number three is Sen. Mitch McConnell (R-KY), who stated in an interview that ‘there are no serious barriers to voting anywhere’ and he wasn’t in favor of restoring the Voting Rights Act.   Really?  What crystal meth are you smoking?

Honorable mention number four is Stacey Dash, who’s clueless ass revealed that she was transphobe in addition to being a sellout when she stated that trans people needed to ‘pee in the bushes.‘

Naw tramp, I’m peeing and pooping next to you in the women’s restroom as I have for the last two decades and trans women in the United States have done since Christine Jorgensen returned from Denmark in 1953

Honorable mention number five is Maya Dillard Smith, who revealed her transphobic side and resigned as the interim head of the Georgia ACLU because she didn’t wish to defend the human rights of transgender people.   Cheryl Courtney Evans eloquently called her out about that transphobia.

This week’s Shut Up Fool winner is James Dobson, who basically called for the murder of trans people for simply doing what every other person on the planet does in pooing and peeing while engaged in another hate sermon aimed at President Obama.

And like all conservative white men, he dusted off the old Jim Crow rhetoric of ‘defending our women and children’ to justify his faux faith-based transphobic rant..

Yep, once again, by their transphobic fruits ye shall know them.   If you haven’t gotten the message, here it is.  Dobson and all his dominionist friends are unrepentant transphobes who hate us.

Anti trans hate thoughts + anti-trans hate speech = anti-trans hate violence and murder.  Dobson and the rest of Satan’s Helpers will do anything to stir up resentment and animus toward trans people, up and including spewing hate speech from their megachurch pulpits in the hope that some unhinged person will act on the negativity they put out there.