On January 30, 2009 one of the regular features on this blog that you TransGriot readers have come to know and love was born.   It’s my weekly Shut Up Fool awards in which I shine a bright spotlight on hypocrisy, stupidity, and jaw dropping ignorance.

The inaugural fool I selected in 2009 as initial Shut Up Fool Awards weekly winner was FOX Noise’s Juan Williams.  The weekly SUF awards grew into the Shut Up Fool of the Year Awards that I reveal every New Year’s Eve, and the upcoming Shut Up Fool Lifetime Achievement Awards that get passed out during Oscar weekend.

So now that we have reached a lucky seven years and counting in calling fools out, I’ll definitely be busy this year because this is an election year.

Honorable mention number one is everyone who was on stage for the latest GOP debate.

Honorable mention number two is one of the remaining Y’allQaeda ‘terriss’ for cluelessly saying that Ferguson protesters were treated better than us and it was unfair.

Oh really?  I didn’t see the Oregon National Guard deployed against your vanillacentric privileged asses with full riot gear and military equipment.  I didn’t see tear gas or rubber bullets used on you, much less you peeps being surrounded by a ring of law enforcement.

Don’t even try it.

Honorable mention number three is Indiana state rep Woody Burton (R) who stated at a town hall he is opposed to LGBT rights protections in the Hoosier state because ‘there are no laws protecting fat white people’.

Let me move on the next honorable mention fool and let you readers marinate on that level of stupid for a few minutes.  Indiana peeps, think about the fact a majority of your fellow Hoosiers gave this moron  the power to write legislation.

Honorable mention number four is Carly Fiorina, who is slimy on many levels to begin with, but gets called out for hypocritically profiting from a company that uses the aborted fetal stem cells she has demagogued about in her war against Planned Parenthood.

Honorable mention number five is this kneegrow Fort Lauderdale hate pastor cooning it up for the Religious Reich and testifying in favor of an unjust SB 110, that would allow businesses in the Sunshine State to deny service to LGBT customers.  He straight up lied and said gays were killers that deserved no rights.

Um dude, guess you forgot when the segregationists trying to justify Jim Crow laws said the same thing (and still do) about us.

Honorable mention number six is the rapper B.o.B, who tried to claim the earth was flat and he had proof until astrophysicist Dr Neil deGrasse Tyson dropped a truth nuke on his azz. 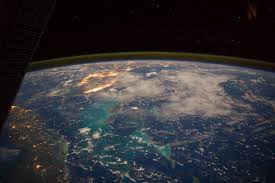 I got proof that B.o.B is wrong, too.  Here’s a picture of planet Earth taken from the International Space Station orbiting 100 miles above this planet’s surface.

You need Jesus and remedial courses in science, astronomy….

Honorable mention number seven is Bill O’Reilly for keeping the FOX War on Transpeople going and trafficking in transphobia.  He wondered if transpeople will get a special voting booth

Yeah, I got a special cussout reserved just for is transphobic azz.

Naw you ignorant mofo, your party is busy trying to keep my Black trans behind from voting, much less have any human rights, so phuck you and the racist GOP.

Honorable mention number eight is Bristol Palin.  The spawn of Sarah opened her mouth and inserted her pumps into it by trying to hide behind Stacey Dash’s skirts and comment on the melanin free Oscars with the flippant not everyone gets a trophy line. 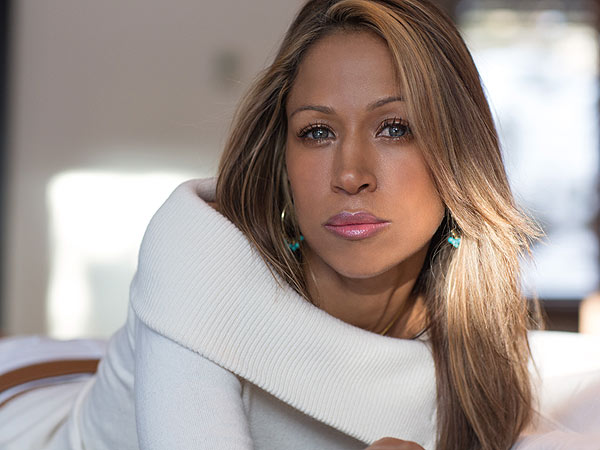 This week’s winner is Stacey Dash, who wants an apology from all her critics who dragged her clueless azz all over social media for saying the stupid conservacrap she said about eliminating BET and Black History Month when her hypocritical ass was getting her bills paid by acting in BET projects.

She now doubling down on her anti-Black rhetoric, which will ensure the Black community will be pushing back just as hard against this sellout.

Bye, Stacey.  Have several seats at the Hollywood Bowl and a 32 oz. cup of STFU while you wait for an apology you will never get until you stop getting those wash, sets and GOP cranial rinses at FOX Noise HQ.

And oh yeah, Shut up fool!