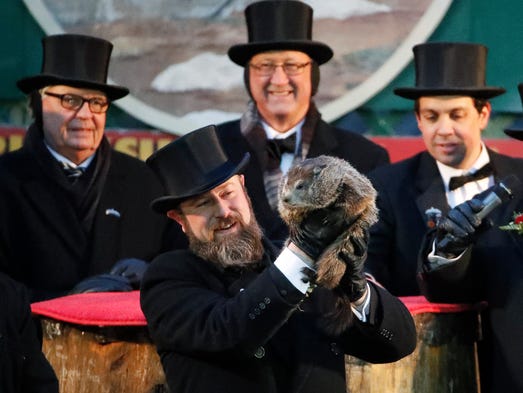 Well, Punxsutawney Phil saw his shadow, so that means we’ll have six more weeks of winter weather, according to the superstition.

But sadly one thing I know we’ll have more than a six week supply of is fools, and I’m here to do my weekly duty of calling them out .

Honorable mention number one is all you folks mad about the upcoming Black Panther movie to the point you were plotting to sabotage its ratings on Rotten Tomatoes.

Really?  Y’all that mad about a movie focused on a Black superhero?

Honorable mention number two is Eric Trump.  Uday Trump parted his lips and let something stupid fly out by claiming that Democrats that didn’t clap for his father’s propaganda speech ‘hate Jesus’

I know you are drinking the white fundie Kool-Aid an thinking your father is God, but those of us in reality based America aren’t fooled by the fact you pops is the worst POTUS of our lifetime.

Go pray on that.

Honorable mention number three is Donald Trump Jr.  Qusay Trump tried to step to Joy Reid on Twitter and found out he was woefully unprepared to debate her.

This week’s Shut Up Fool winner is Rose McGowan for her anti-trans rant she unleashed at Andi Dier after she was questioned at her book signing event about some previous anti-trans statement.

Girlfriend, I was born on Planet Earth, and I’m tired of you fauxminists commenting on mine and other trans people’s live when you obviously don’t know crap about, then having a white women’s tears ladent hissy fit when you get called on your BS.

Have several seats and shut up fool!