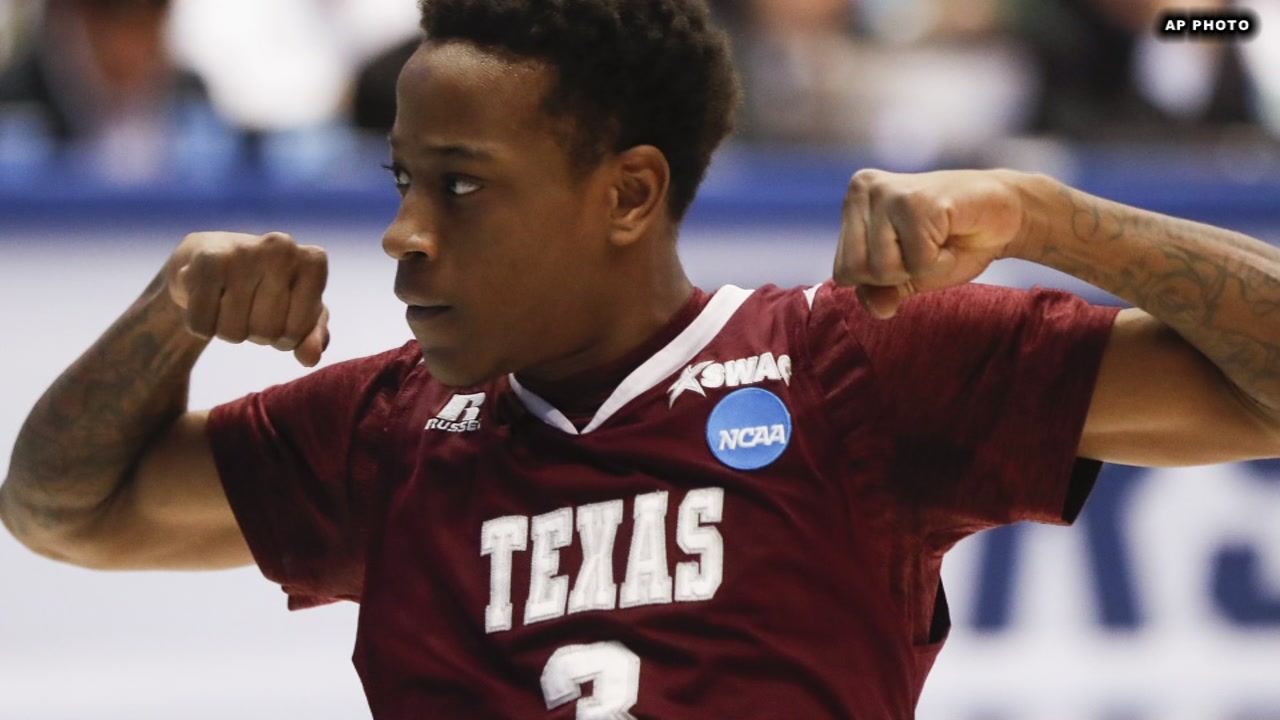 My alma mater isn’t the only Houston collegiate team repping our city in this year’s NCAA men’s basketball playoffs./

For the fourth time in five season the texas Southern University Tigers are also in the Big Dance, and even better finally earned their first ever tournament win with a 64-46 victory against NC Central.

That earned them a spot to play against number one seed Xavier later tonight.   The experts may be picking Xavier, but don’t sleep on this TSU team since their coach, Mike Davis, coached Indiana to the 2002 Final Four while at Indiana

Honorable mention number three is Dr Stacey Patton.   She stepped to me in a Twitter private message upset because i’d called her out on her transphobia

Hey if you don’t want me calling you out on your transphobia, the cure is simple: don’t be a fracking transphobe

Honorable mention number four iis one for defeated Bexar County DA Nico LaHood, who is upset because Lauryn Farris called him out at Tuesday’s press conference for screwing up the case that allowed Keen McFadden’s admitted killer to go free.

Naw Nico, don’t get mad because you screwed up and the San Antonio trans communityis calling you out about it..

Honorable mention number five is to now former Maine House candidate Leslie Gibson.  The Republican (what else?) dropped out of the race after referring to Parkland, FL shooting survivor Emma Gonzales as a ‘skinhead lesbian’.

She identifies as bisexual you conservaidiot

This week’s Shut Up Fool loser winner is OJ Simpson   The Juice let his mouth run loose instead of shutting it in his first interview since he was sprung from a Nevada jail.

He threw his two cents in about Colin Kaepernick in  recent interview, saying “I thought he made a bad choice in attacking the flag”

Dude, you’re the last person that needs to be talking about ‘bad choices’ since you are alleged to have killed two people and gotten away with it.

So keep Colin Kaepernick’s name out your mouth since he’s done more for Black people than you did in your entire career.

And oh yeah, shut up fool!