It’s the first Friday of 2015, and even though it’s been a slow news week, somebody out there was exhibiting for folks  mind numbing stupidity, gleeful hypocrisy, and WTF moments that make you shake your head.

And it is my proud duty every Friday on these TransGriot electronic pages to gleefully point them out.

So let’s get started selecting our first fool (or fools) of the new year shall we?

Honorable mention number one is a group award for FOX Noise.  They decided to make a foray into social media and ask people what they were over in 2014 with the #OverIt2014 hashtag.   Guess they forgot that social media is overwhelmingly liberal progressive turf andit backfired badly on them.

Honorable mention number two is a group award for Target.   As part of the promotional blitz for the just released remake of Annie featuring Quvenzhane Wallis and Jamie Foxx, a line of clothing inspired by the movie has whitewashed instore ads.

That boneheaded move was not only a dumb one in a time of heightened racial animus in this country, but was insulting to Quvenzhane and my community. who may I remind you, spends lots of money in Target stores around the nation and is projected to have $1.1 trillion dollars of spending power in 2015..

Honorable mention number three is R Kelly for parting his lips to say that Bill Cosbyis a pervert who belongs in prison.    So sayeth the fool that married a 15 year old Aaliyah and videotaped himself allegedly peeing on a then 13 year old girl.

Honorable mention number four is Rudy Giuliani, who continues to pander and parted his loud and wrong mouth to say that NYC mayor Bill DeBlasio should apologize to the NYPD.

For what?   You need to have several sections of seats in Yankee Stadium and STFU with that nonsense.   If an apology is owed, it’s from the NYPD and their union leadership to the mayor.

This week’s first Shut Up Fool Award of 2015 goes to Rep Steve Scalise (R-LA). The soon to be number 3 man in the House leadership is in hot water over a 2002 speaking appearance in front of a white supremacist group helmed by David Duke. 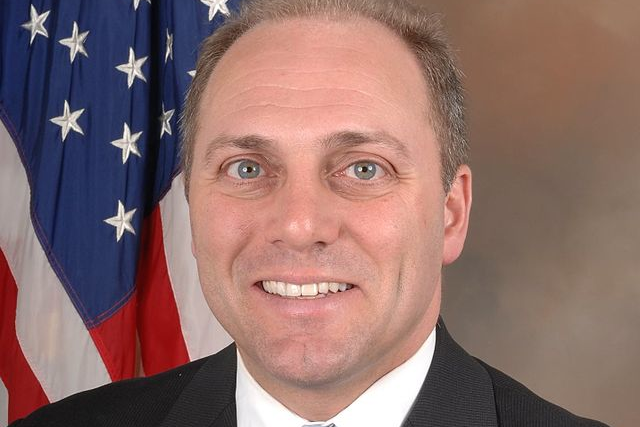 I’m not buying the toro poo poo you’re trying to sell to the nation that you didn’t know the group you keynote spoke in front of in 2002 was helmed by David Duke.

What is a fact it that once more it provides irrefutable evidence that no matter how many times y’all try to hold Mia Love  and Tim Scott up as a human shields, the Republican Party as current constituted is the political arm of whiteness and white supremacy.   The only way that perception will change is when the GOP actually pursues policies that help instead of harm my community.