We are now in the moth of December, and I’m less than 30 days from the tenth anniversary of the founding of my TransGriot blog.  I will announce the winner of the 2015 Shut Up Fool of the Year on New year’s Eve to kick the anniversary year off, and I’d also like to have you TransGriot readers who have been loyal readers to send me either video or written statements by December 25 letting me know in your own words how the existence of TransGriot over the last ten years has impacted your life.

But I know why you peeps surfed over here on a Friday. Y’all wanna know what fools I called out this week.  Well, never let it be said that I don’t give my readers what they are clamoring for.

Let’s get busy calling these fools out, shall we?

Honorable mention number one is Colorado state rep JoAnn Windholz (R) who did what the GOP does best and blamed the victims for getting killed in the Springs by a terrorist they stirred up with their anti-Planned parenthood lies.

Anything to deflect attention from the fact that you conservative white peeps are the terrorists, huh?

Honorable mention number three is FOX fembot Katie Pavlich who after her wash, set, color and  OP cranial rinse at the Stepford Salon, doesn’t have a clue about white privilege.

Honorable mention number four is Ryan T. Anderson, for even publishing this crap in the first place.   What is it about you white male conservatives?   Do you have a genetic propensity to gleefully discriminate and hate on people who don’t look like you and you don’t like?

Well, as my friend Polar has  said a few times, “Conservative think tank is an oxymoron.”

Honorable mention number five is the Filipino judge who fell for the ‘trans panic defense’ okey doke and sentenced Joseph Pemberton to only 6-12 years in jail for homicide and not murder.

Honorable mention number six is Kenneth Adkins.  This kneegrow pastor has stuck his nose in Jacksonville human rights business and doesn’t even live in Duval County anymore, but across the border in Georgia.

Honorable mention number six is the junior senator from Alberta in Ted Cruz, who made multiple jacked up comments this week such as trying to pass off a conservative anti-abortion ‘terriss’ as trans, trying to get people to ignore he was palling around with anti-abortion hate ministers, 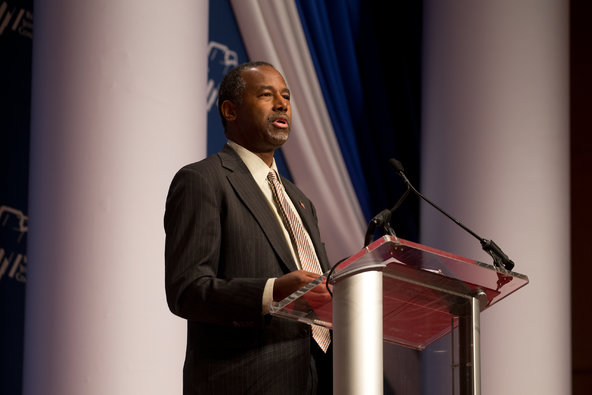 This week’s fool is Ben Carson, who is a major contender for this year’s Shut Up Fool of the Year Award.

Seems like Uncle Ben’s grasp on foreign policy, as we suspected, is as suspect as the other issues he tries to discuss, and he mistook hummus, the food, for Hamas.   He also claimed the Star of David was on US currency when it isn’t.

These posts just write themselves sometimes..

All together now, Ben Carson, shut up fool!