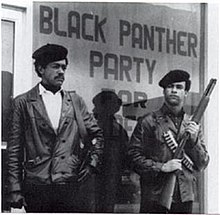 The Black Panther Party For Self Defense was formed 50 years ago in Oakland, CA on October 15, 1966.  What was one of the motivating factors for their founding?   Being fed up with oppressive police tactics in our neighborhoods.

Despite what COInTELPRO and conservatives try to tell you about the BPP, they were popular and grew rapidly in Black neighborhoods because they had a coherent political message combined with social programs like the free breakfast, free medial care clinics, and an emergency response ambulance program just for starters.

They were even ahead of the curve on women’s rights and gay rights, as this August 1970 speechfrom Huey P. Newton demonstrates.

The reason I’m bringing up the BPP is because this weekend in Oakland  the founding and the legacy of the Panthers is being celebrated  from October 20-23 at various locations with the theme of ‘Where Do We Go From Here?’

All Power To The People!   And now, let’s get to our usual Friday business of calling out the fool, fools or group of fools who made the cut for this week’s TransGriot Shut Up Fool Awards.

Honorable mention number one is to Donald Trump for just pick a reprehensible comment or lie.

Honorable mention number two is to Dr Elizabeth Dunham the DoD official who overruled principal Mary Salerno at the US run Ramstein Intermediate School on the Ramstein Air Base and barred a trans teen who is the child of a military officer from using the female restrooms.

Honorable mention number three is Pat Buchanan.  UnKKKle Pat tried to claim in a recent columnthat the system is rigged against white men.

Really?  In what delusional world?   Donald Trump’s presidential campaign is Exhibit A it isn’t.

Oh really?  You’re neither trans, a woman, or someone who has an PhD in gender issues, so you have zero credibility to speak on the topic of transsexuality.

And once again, the humanity of trans people is not subject to debate or discussion.

And sometimes, Rep Babin, a Republican needs to be told when they are being a misogynist sexist idiot. 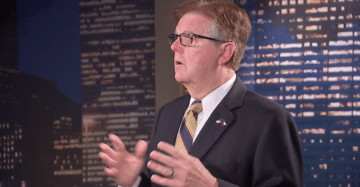 This week’s SUF winner is also a Texan in my reprehensible  Lt. Governor Dan Patrick, for trying to rebrand his discriminatory HB2 style Texas Transgender Oppression Act  as a ‘women’s privacy act’

Naw dude, you ain’t fooling nobody with that crap, and I and my Texas trans fam and our allies will do everything in our power to kill it.