That started a debate between the both of us in regards to whether people who die from silicone pumping should be recognized at a TDOR event.

I argued NO, and here are my reasons why..

The reason the TDOR was founded by Gwen Smith in the first place back in 1999 was because we had an epidemic at the time of trans murders, no or blatantly transphobic and crappy coverage even from gay media about it, and we trans peeps were starting to forget the names of the deceased that dated back to the 70’s.

That’s why the TDOR was created.  To memorialize the dead, ensure we didn’t forget those people who were violently taken from us  basically because they were living their trans lives, begin building a historical record that it was happening, create an event that would attract media coverage about the issue and give our allies a way to support us.

The event quickly went international because we live on all inhabited continents on this planet and anti-trans hate and violence is an international human rights issue. 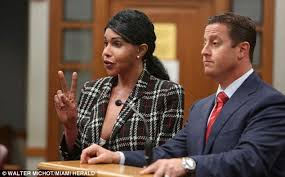 The pumper may be charged with murder or a crime after the fact, but the pumper isn’t forcing that person against their will to plunk down the money to undergo a procedure that they may not survive.

A silicone pumping death shouldn’t be elevated to TDOR list recognition.  Just as with suicide deaths, they are a separate category from trans people being murdered for who they are, and it is what the Transgender Day of Remembrance needs to continue to focus on.

The TDOR does not need to ‘evolve’ as I was told in that conversation I had with this particular activist, it is executing what it was designed to do.

So why mess with the success of the TDOR or attempt to alter its Prime Directive?

So no, silicone pumping deaths do not need to be counted in TDOR stats, nor should they be recognized at a TDOR event now or into the future.