Thursday October 3, 2002 17-year-old translatina teen Gwen Araujo  leaves her Newark California home around 5pm to attend a party. She was invited by her friend Nicole Brown and is never seen from again, by Friday morning her mother Sylvia Guerrero became suspicious when she failed to attend school. By that Saturday October 5, 2002  Sylvia  officially reported Gwen missing to the Alameda County Sheriff’s Department. Gwen, who had just entered her senior year of high school, knew most of the people at the Thursday night house party, and detectives wanted to start at the last place Gwen was seen. Detectives immediately questioned Nicole Brown, Michael Magidson, Jaron Nabors, Jason Cazeras, as well as Emmanuel Merel, Jose Merel, and Paul Merel (all brothers), who all were present at the party. According to each of the partygoers the last time they saw Gwen alive, she left the house party around 10pm, heading home stating she had a 11pm curfew. Her hateful homicide would reveal a case surrounding lust, attraction, sexuality, and betrayal.

Jaron Chase Nabors is surrounded by his lawyers during a preliminary hearing in Fremont, Calif., Jan. 29, 2003. Transgender teenager Eddie “Gwen” Araujo died a slow and violent death, according to Nabors who testified Tuesday, April 27, 2004, in a chillingly detailed version of how the 17-year-old was killed. (AP Photo/San Jose Mercury News, Richard Koci Hernandez, File)RICHARD KOCI HERNANDEZ

Gwen Araujo’s body was discovered October 16, 2002 buried in a 3ft deep grave. Her autopsy revealed she had been strangled, beatened, and suffocated. Detectives immediately arrested Michael Magdison, Jason Cazeras, and Jose Merel for their roles in the hateful homicide of Gwen Araujo. Authorities who had only been led to the body, due to the guilty conscience of the youngest member of this gruesome crime, 19-year-old csigender white male Jaron Nabors. Nabors had been arrested for another incident, in which to reduce jail and prison time, he would lead detectives to the body of Gwen Araujo, and agreed to testify against the other three perpetrators. 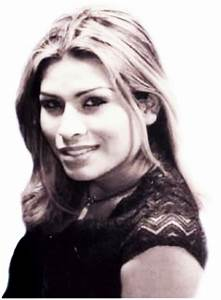 Gwen’s life began on February 24, 1985 the second of four children born to Eddie Araujo Sr. and Sylvia Guerrero. The 17-year-old was described as outgoing, bubbly, and a fan of No Doubt artist Gwen Stefani (her namesake). Gwen began her gender journey around 1999 at the age of 14, when she boldly stood in her truth, beginning her social and medical transitions. Initially, Gwen had a tough time getting her family to support her gender identity, and through time and patience her mother Sylvia became her biggest advocate. Gwen even took on the middle name Amber Rose to pay homage to her mother who intended to give Gwen the name before being assigned male at birth. Gwen’s mother would become her biggest advocate even in death she had Gwen’s birth certificate changed to legally reflect Gwen’s gender identity and name change. Sylvia would attend all trials for the defendants even when there was an initial mistrial, she even forgave Jose Merel and supported him when his own daughter passed away. Sylvia has spoken about her life and grief since Gwen’s death from living unhoused to being unemployed all due to her tireless efforts in ensuring justice for her youngest daughter. 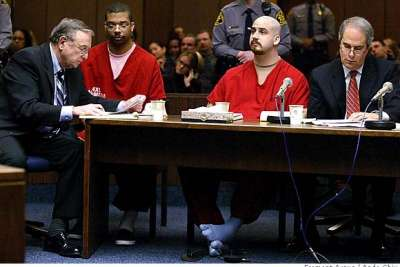 Jose Merel and Michael Magidson the two most violent of the four perpetrators in the hateful homicide of 17-year-old translatina teen Gwen Araujo. The two were the angriest, due to their sexual encounter with Gwen which included anal and oral intercourse. According to the two men, Jason Caszeras first presented the idea of Gwen being transgender after a party just from several months earlier, her friend Nicole Brown elevated the group of men suspicions by stating she always wondered as well. So the group decided to create a party setting Gwen up to arrive, interrogating her by undressing her and grabbing at her anatomy. As a result they discovered Gwen’s anatomy and began to violently beat, strangle, and bury Gwen all by early morning hours of Friday October 4, 2002. The men then went to have breakfast as if nothing happened. Jaron Nabors was sentenced to 10 years in prison and has since been paroled, Jason Cazeras has since been paroled while Jose Merel, and Michael Magidson were sentenced 15 years to life. Magidson has admitted due to substance abuse issues and his inability to acknowledge his actions is still behind bars, and will remain behind bars. Sylvia Guerrero stated, “I will attend every parole hearing to assure he never sees the day of light.” 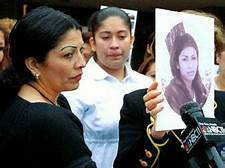