Lost in all the drama that took place on  Saturday night is the historic and groundbreaking news that NLGJA has elected its first Black president.

He is Sharif Durhams, who is the senior editor for news and alerting at CNN Digital.  His two year term at the helm of NLGJA started September 9.   Durhams has been a lifetime member of NLGJA since 2000, has co-chaired a previous NLGJA convention, and has served for several years on the organization’s board of directors.

The National Association of Black Journalists (NABJ), of which Durhams is also a lifetime member, hailed his election.

“NABJ is proud of members Sharif Durhams and Cheryl W. Thompson for their recent elections as presidents of NLGJA and IRE respectively,” NABJ President Sarah Glover said. “As the country’s demographics continue to become increasingly more diverse, it’s noteworthy that NABJ members are stepping forward to take on organizational leadership roles that shape media discourse and the future of journalism.”
“My goal is to improve the diversity of this organization as well as it’s outreach,” said Durhams, who also has a lifetime memberships in the NABJ. “I definitely want both organizations to work more together. In some ways, our issues mirror each other, such as making sure there is support in our newsrooms for diversity and getting people from diverse backgrounds into leadership positions. “There are ways we can back each other up to make sure all of our voices are heard.” 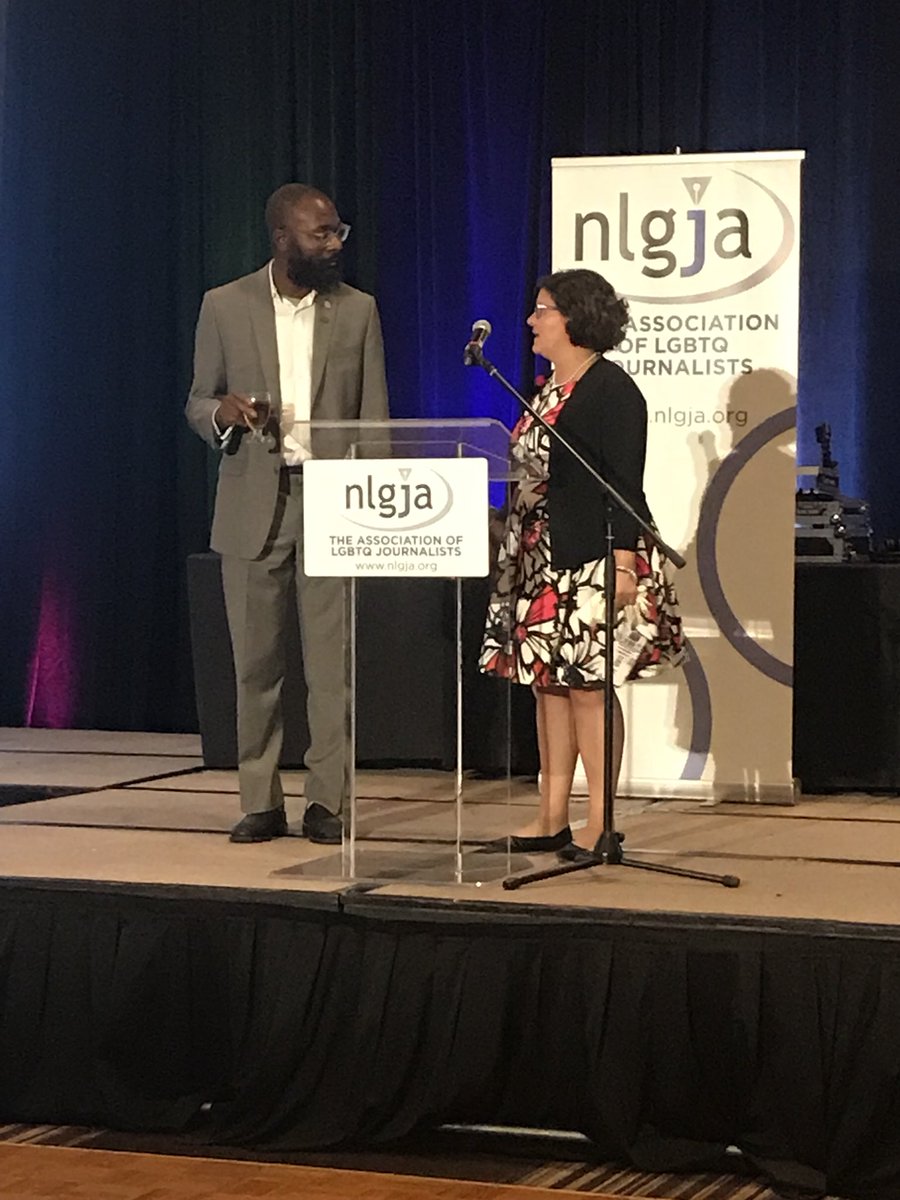 One of Durham’s goals is to not only build on the efforts of outgoing president Jen Christensen build diversity within NLGJA, he also seeks to grow the 28 year old organization’s membership ranks and its financial coffers to ensure stability and its long term staying power.

Durhams also wants NLGJA to become a more vocal thought leader in the journalism world in addition to train newsrooms in how to better cover transgender people and LGBTQ communities of color.

And I’m looking forward to working with him over the next two years to make that happen.