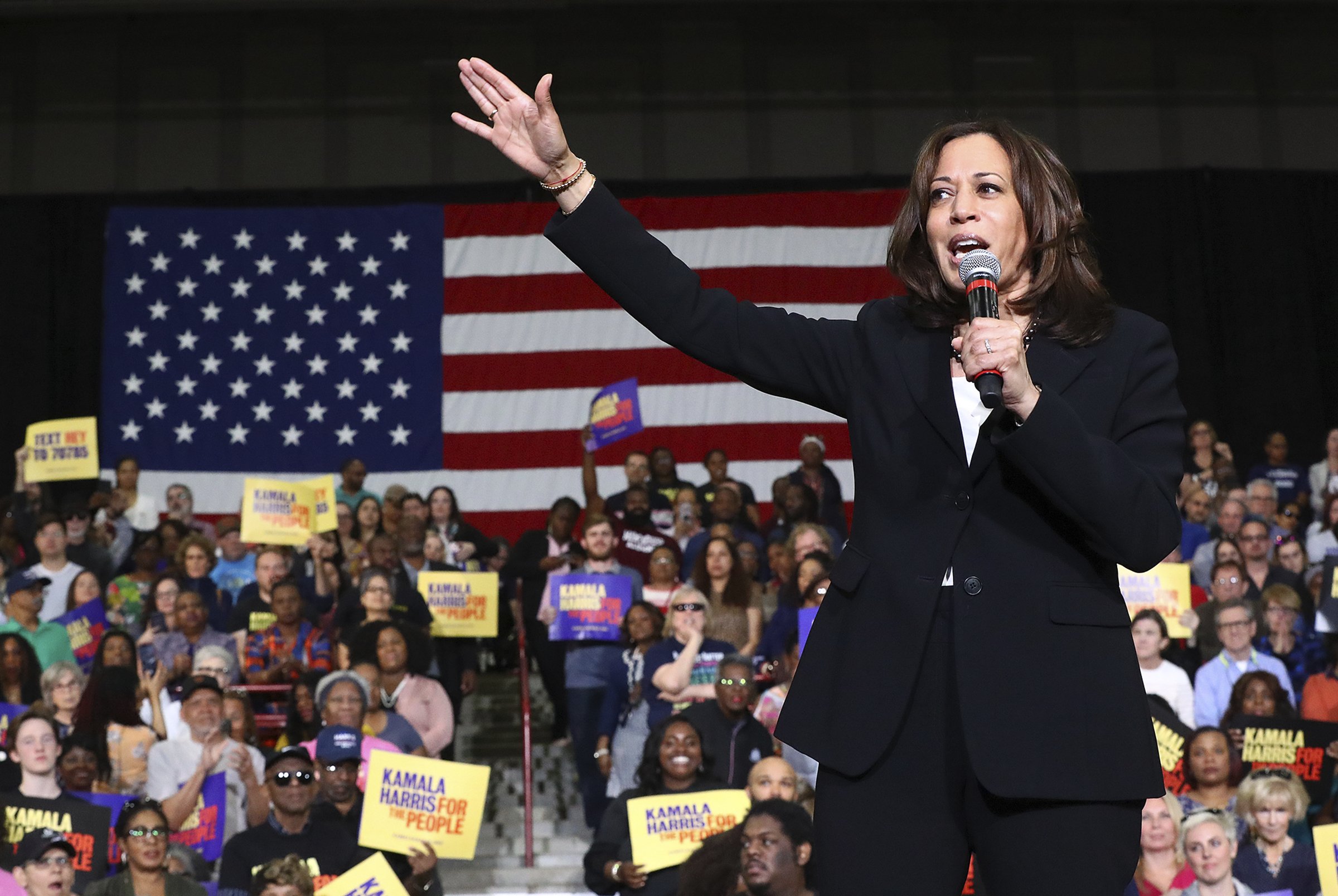 “To win, we are going to need a nominee on that stage, with Donald Trump, who has the ability to go toe to toe with Donald Trump –and Iowa, you are looking at her,” she said. “I have spent my career as a prosecutor. I’ve only had one client in my entire life, and that has been the people. Unlike other people, unlike others, I have never represented a corporation. I have never represented a special interest.”-Sen Kamala Harris

Since it’s now glaringly obvious the media won’t cover Sen. Kamala Harris’ campaign and are doing everything possible to erase, demonize and marginalize her so other mediocre white males can win the Democratic nomination, ,I’m going to do my part between now and the start of the primaries to post news about the Harris campaign because I’m tired of the BS.

Sen. Harris has redeployed campaign resources from New Hampshire and is going all in for the Iowa  Democratic Party caucuses that happen in 90 days on February 3.

While the media was trying to pump up Pete Buttigieg and a post heart attack dropping like a rock Bernie Sanders,  Sen Harris was making a rousing speech at the Iowa Democratic Party’s Liberty and Justice Event on Friday night in Des Moines.

Didn’t hear about it?   Well, here’s the speech.