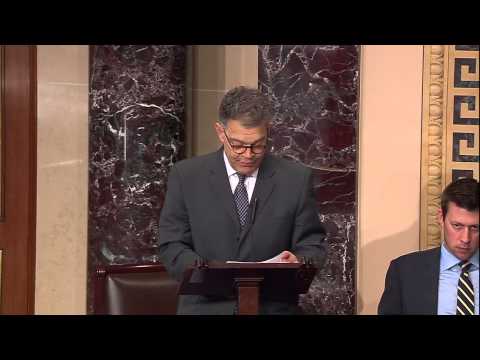 Antonin Scalia’s body wasn’t even cold before Senate Majority leader Mitch McConnell (R-KY) announced that he and his GOP colleagues wouldn’t even meet with much less confirm any appointee that President Obama anoints as his choice to replace (in) Justice Scalia.

Sen. Al Franken  (D-MN)  put him and the GOP on blast for failing to do their duty, and here’s the video of that Senate floor speech.