Scarlett Johansson obviously didn’t get the message in 2016 when she took a whitewashed Major Motoko Kusanagi role that should have gone to an Asian actress in the movie Ghost In The Shell.  That pissed off fans of the manga looking forward to seeing it on the silver screen, and the movie subsequently tanked at the box office.

Now Johansson is slated to play trans man Dante ‘Tex’ Gill in the upcoming crime drama Rub & Tug directed by Rupert Sanders, the same person who cast her in the failed Ghost In The Shell movie.

Tex Gill in the1970’s and 1980’s operated massage parlors in Pittsburgh that served as fronts for prostitution.   Gill also lived his life as a trans man, which is why we’re tripping about Johansson getting this role.

Why this latest casting controversy has the trans community pissed off is because once again, we have a cisgender actor playing a transgender role.  In this case the actor has an unrepentant history of cultural appropriation

Two high profile transgender actresses in Trace Lysette and Jamie Clayton took to Twitter to put Johansson and Hollywood on blast for it. 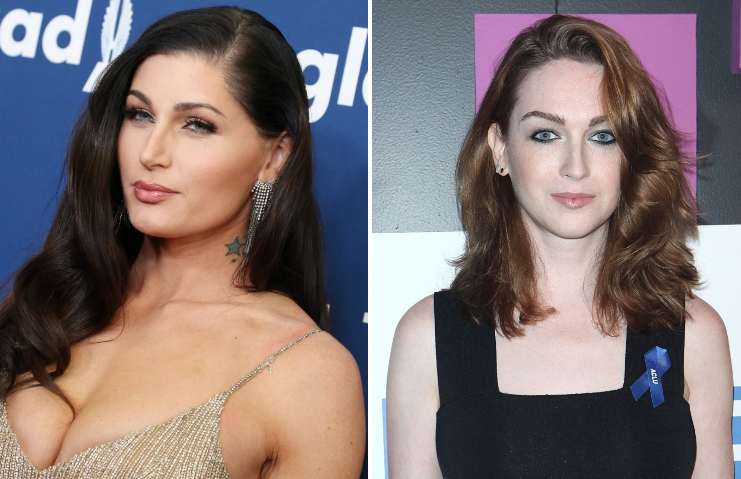 “Oh word? So you can continue to play us but we can’t play y’all?” Lysette wrote on her Twitter feed in reaction to Johansson’s casting.  “Hollywood is so fucked.  I wouldn’t be as upset if I was getting in the same roms as Jennifer Lawrence and Scarlett for cis roles, but we know that is not the case.  A mess.”

“And not only do you play us and steal our narrative and our opportunity but you pat yourselves on the back with trophies and accolades for mimicking what we have lived,”

Clayton echoed the same thoughts in her Twitter commentary about the jacked up casting .

Trace and Jamie are both correct.  If the same reciprocity in being cast for cisgender roles was regularly extended to transgender Hollywood actors, we wouldn’t be complaining about this casting of Johansson now.

But the equitable Hollywood casting for trans actors isn’t happening at this time, and Hollywood casting directors, directors and studios know it.  To add insult to injury, cisgender actors are getting awards for doing so while perpetuating a ‘men in dresses’ stereotype that leads to trans women getting violently assaulted while Hollywood pats itself on the back at awards time.

And now Hollywood is handing trans masculine roles to cis women that should be played by trans masculine and nonbinary actors.  This is also reinforcing a stereotype trans men have to constantly fight in that they are really butch women. Johansson poured more gasoline on the casting controversy by dismissively citing actors who have gotten awards for playing trans characters in a weak attempt to defend herself.

“Tell them that they can be directed to Jeffrey Tambor, Jared Leto and Felicity Huffman’s reps for comment,” Johansson said in a statement obtained by Bustle.

Naw boo boo kitty, not gonna work.   Even Tambor recognized the problem with casting cis people in trans roles when he accepted his second Emmy in 2016.

“I’m not going to say this beautifully: To you people out there … please give transgender talent a chance. Give them auditions. Give them their story,” Tambor said in his Emmy acceptance speech.

“I would be happy if I were the last cisgender male to play a transgender female,” he added.

The bottom line is that trans actors are beyond sick and tired of not getting fair shots at auditioning for or getting roles written for cisgender people.  But you cis people get cast all day for the limited trans roles available with the weak excuse of ‘we need a box office name to help this movie get made’.

Tangerine didn’t have a box office name when they cast trans actress Mya Taylor as Alexandra.  The movie that cost $100,000 to make made $924,793 and received several awards, including a Spirit Award for Taylor. 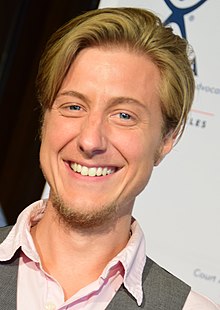 So naw Scarlett, this Tex Gill role is made for a trans masculine actor.   What’s going to happen with you in it is the same thing that happened to Ghost In The Shell.  Your appropriating appearance in it will cause this film to get boycotted and tank at the box office.