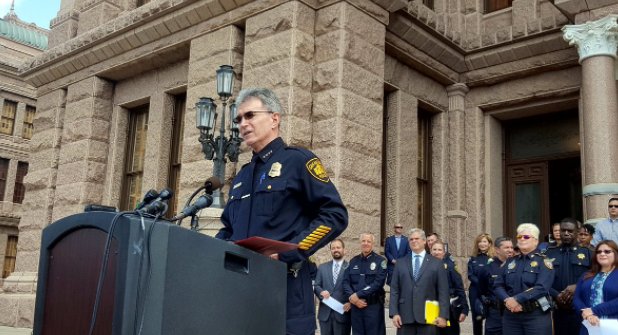 As this debate is raging on the floor of the Senate, there was a rally held on the south steps of the Capitol today in which police chiefs from across Texas oppose SB 3 because it is in their words unenforceable and harmful to our state’s economy.