Was advised by Joshua Holiday that our community lost New York based trans man and longtime TBLGQ community activist Jay Kallio to cancer today at age 61.

Kallio’s activism began when he was fired from his job for being a lesbian in 1972 and angered about the lack of human rights protections for LGBT people   Kallio along with his late partner Eleanor Cooper provided critical compassion and care for terminally ill persons during the height of the AIDS crisis in the 80’s, and the former EMT transitioned to male when he turned 50

He added action against medical transphobia and discrimination aimed at trans people in a medical setting to his activist platform when Kallio was not told during a checkup about a malignant tumor discovered during a 2008 mammogram.

Dealing with the medical transphobia in the so called liberal blue oasis of New York unfortunately delayed the critical early treatment he needed to increase his odds of beating the cancer.

Jay’s story about fighting terminal cancer and medical transphobia was published in the New York Times in their Faces of Cancer series. 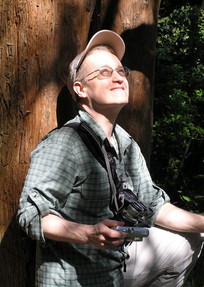 When I receive information from my New York area trans folks and allies concerning any memorial service for Kallio, I’ll pass it along for you TransGriot readers in the area wishing to pay your respects to a longtime human rights warrior in out TBLGQ community ranks.

Rest in power and peace, Jay.   You will be missed by all who loved you.